You will be shocked to know who is the most desirable man in 2019. Well, Last year it was Ranveer Singh.

And this year the man is none other than Vicky Kaushal. His #Josh has gripped the entire nation together. He has left behind the likes of Shahid Kapoor, Ranveer Singh, Ranbir Kapoor, Salman Khan and many more.

Undoubtedly Ranveer Singh’s insta pictures are hot as hell. But the guy has been beaten by the underrated Vicky Kaushal.

When contacted, the Uri actor was overwhelmed. He can’t believe that he has received this much amount of support and love from everyone. He said “I was shocked to know that I was on the list, and then, to be at the top… that was a huge surprise. I am still coming to terms with it. I can’t figure out what people saw in me and why they chose me for the top spot. But I thank everyone who voted for me and the internal jury, with all my heart.”

He further added “The times that we are living in has so much to do with relatability. We get attracted to people who we find relatable; physicality and looks are just other aspects of it. The key is to be the person that people can relate to. When they see that a regular guy like me can also reach this far, it empowers their dream. They think that if he could do it, then we can, too. As a young boy, I saw this dream, and today, I feel humbled to know that I can pass it on to others. So, when people say that, ‘You are desirable’, I think it is coming from that place.”

When asked who is the most desirable man and women as per his choice, then this is what he said “Virat Kohli would top the men’s list, because to represent your country and to do it with such great passion, requires a lot of discipline. There is a lot that goes behind delivering that kind of performance on the field. In the women’s category, I think it would be Alia Bhatt. She is magic at what she does, and she has the kind of talent that we should all be proud of.” 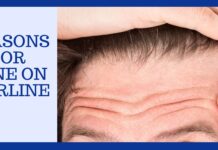 Five Reasons You Have Acne on Your Hairline