According to the American Society of Plastic Surgeons, Liposuction is now the most requested plastic surgery procedure after breast augmentation. And, for Americans looking to save a substantial amount of money on the procedure, heading out the US-Mexico Border is a tempting option, because in Mexico liposuction is around a third of the price it is in the United States.

Mexico offers a number of benefits to medical tourists, not least the prices. As people are becoming more concerned with their appearance, and the Selfie Generation keen to keep their social media accounts updated with perfect photos of perfect lives, the increase in medical tourism is going to continue, particularly as prices aren’t getting any cheaper in the United States. But, is it wise to go to Mexico for liposuction? [footnote]https://www.aljazeera.com/news/2017/11/mexico-medical-tourism-destination-171115062025706.html [/footnote]

Why has Medical Tourism to Mexico Caught On?

Not too long ago, admitting to going to Mexico for any kind of medical care, let alone surgery, would have been met with incredulity. But, over recent decades, the time has moved on. There are a number of reasons for this, rather than one specific reason, but certainly, the advent of the internet has helped. It’s now easy for anyone to get information about pretty much anything, pretty much anywhere in the world (providing there is a decent internet connection and the country hasn’t banned it).

Globalization is another trend that has helped to standardize things across the world. The same recognizable brands from chocolate bars to medical equipment are available all over the world, and cross-border training ensures that new medical techniques are disseminated quickly. Plus, low-cost air-fares have made the world a smaller place with more people than ever crisscrossing the globe.

However, there is more to it than that. It’s all very well having lower costs, and for people to be comfortable with traveling and experiencing new countries. There still has to be a degree of trust that if you travel to Mexico for liposuction that it will be carried out according to plan.

After price, the next thing medical tourists will assess is the quality. The low prices may draw them in, but if the quality if not acceptable, then the process will end there. This is where Mexico has excelled in recent years, and it has now become a leading center for medical tourists in the Americas, much like Thailand is to Asia.

Medical facilities aimed at medical tourists are modern, contemporary and equipped with the latest technologies. They are also staffed with English-speaking doctors and demonstrate a customer care ethic that is often lacking in hard-pressed medical establishments in the United States.

For a good choice of locations for a medical tourism trip for liposuction, Mexico has the lot. Popular vacation resorts—like Cancun, cities—such as Mexico City and Border Towns like Tijuana all offer a different experience. Thus, the country appeals to everyone, whether they want to spend 2 weeks on vacation; have a shorter city break or keep their trip as short as possible by visiting a Border Town where they may be able to drive to if they live in the southern states.

Finally, the overwhelming majority of medical tourists tend to stick to their own continent, so the country is convenient from that point of view. In Mexico, liposuction can be carried out safely, cheaply and effectively and it’s likely that medical tourism will only continue to increase as more people realize that America’s health care system does not necessarily offer them what they want at a price they can afford. 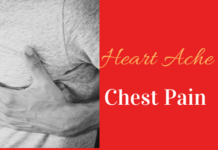 Heart Attack First Aid: Know What to Do 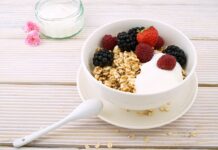 What are the Health Benefits of Jumbo Oats?