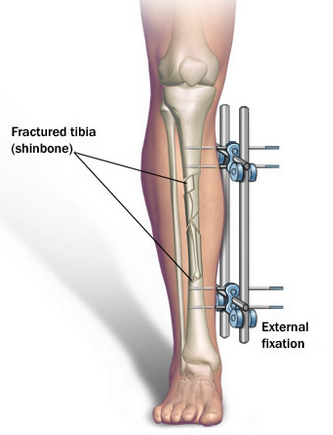 Not every short individual wants to live their life remaining in the same stature lifelong. With the involvement of surgeries and possible human body treatments, if those heights can be increased by an inch or two, it can be absolutely fantastic for people to achieve their desired height.  Such kinds of results can be achieved with the help of limb lengthening surgery or grow taller surgery.

How does Limb Lengthening Surgery Works?

Usually, when a bone breaks, natural healing process occurs and the fracture gets fixed by its own. But, the process of Limb Lengthening Surgery is a lot more different. In this process, the ongoing starts with a separation in the bone and further distracting the bone segments at a slower pace. With such operation, newer bones continuously form in the gap and ultimately the gap gets filled. As a result, a user who does this surgery visualizes an increased length.

Device which performs the Lengthening Surgery

The fixator is a device which is used for the Limb Lengthening Surgery. It can be divided into categories such as the External Fixator, Internal Fixator or implantable lengthening nail.

With the involvement of this height increasing surgery, there will surely be some of the pros and cons associated with it and they are explained as follows:

Imagine the height which you want and think all times in your dreams can become a reality? Yes, it will be amazing and you will rejoice at the very moment. The same can be obtained from the leg lengthening surgery. With such surgery to the rescue, there is absolutely no guessing work and your height is bound to increase regardless of your present state of height.

Height has been an essential factor for boosting self-confidence as well as the Self-Esteem. Overall, it has been the world’s culture of loving people which were tall more than those who were short statured beings. Hence, flaunt your height among your friends and gain a sense of confidence with the Limb Lengthening surgery.

Different studies and researchers have come out when it comes to lengthening surgeries. According to a study, it is proven that people who are taller gain a massive amount of respect than those who don’t have the desired height.

The Limb lengthening surgery costs vary from region to region. This height increasing surgery costs anywhere between $50,000 to over $100,00 which is an enormous amount and have to be thought twice before investing in such surgical treatment.

The entire process of this surgery can take a lengthier period of more than 12 months. Also, up to 3 to 4 months, a person is unable to walk which can be a downfall after surgery.

Limb Lengthening surgery Side effects are plenty. It can incorporate infection such as the emotional or physiological complications and can also ruin the whole bodily functioning. Further different traumatic conditions can also arise which is rare but can pose to be detrimental to human lives.

I hope the information will help you in deciding whether to go for limb lengthening surgery or not.