There have been numerous speculations admitting that Kayne West is dealing with serious mental issues. Kayne is known to be a big celeb and his mental state is a major topic of debate everywhere. People were spreading rumors about his mental state.

For people who don’t know what bipolar disorder is? It is actually major mood swings which are also known as manic-depressive illness. A combination of genetics, brain chemical structure, environment and hormones in your body causes this condition. Loss of sleep, low motivation, low energy are some of the major factors which can cause this condition. If not treated, then it can even lead to suicidal tendencies.

And that’s when came the time when Kayne’s new album was released. This was his album “Yikes” where Kayne was heard singing

And that’s when the world got its answer.

The Grammy winner was even hospitalized once in 2016 for his bipolar disorder. Recently in his Netflix series, My guest needs no introduction the star talks about his journey and diagnosis.

“What I want to say about the bipolar thing is because it has the word ‘bi’ in it, it has the idea of, like, split personality. Well, that works for me because I’m a Gemini, but when you ramp up, it expresses your personality more,” the “Stronger” rapper tells Letterman. “You can become almost more adolescent in your expression or border into places. This is the specific experience that I’ve had over the past two years because I’ve only been diagnosed for two years now.”

“There’s no dumb easy way to explain, it’s just something that you know we’re going to have to take time to understand,” West continues. “There’s things where you would’ve just locked your—you know, a hundred years ago they may have locked your uncle in the room…”

“I’m starting to research these things because the experience of when you go through an episode if you actually go to the hospital, there’s a moment that I have to talk about publicly that has to be changed. So, I’m gonna talk about this publicly so this moment can change. So, when you’re in this state, you’re hyper-paranoid about everything. Everyone. This is my experience. Some people have other experiences. Everyone now is an actor. Everything is a conspiracy. You see everything. You feel the government is putting chips in your head. You feel you’re being recorded. You feel all of these things.”

“And you get taken, and you have this moment. You feel everyone wants to kill you,” West says. “You pretty much don’t trust anyone, and they have this moment where they put you, they handcuff you, they drug you, they put you on the bed, and they separate you from everyone you know. They don’t do that to pregnant women. That’s something that I am so happy that I experienced myself so I can start by changing that moment…when you are in that state, you have to have someone you trust. It is cruel and primitive to do that.”

“Here’s another one that they love to do when you get the stigma of crazy. They love to write you off,” he tells Letterman. “They love to cut your sentences off halfway. What you say doesn’t mean as much. Sometimes, for me, I think it’s a form of protection for me, because if I’m peeping something that people don’t want me to think about or know as a celebrity, ‘Oh, he’s just crazy,’ and then I go home. If they didn’t think I was crazy, it may be a problem.”

“Oh yeah, that’s just the reality. You know, if you guys want these crazy ideas and these crazy stages, this crazy music and this crazy way of thinking, there’s a chance it might come from a crazy person. [Laughs]” 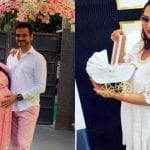 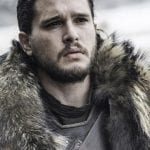