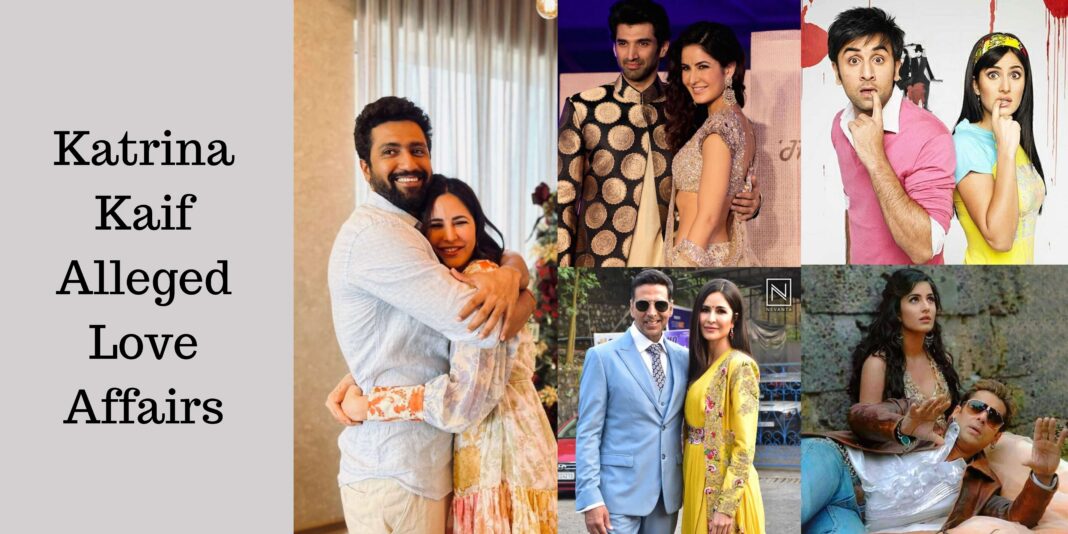 Katrina Kaif is one of those ladies who has managed to stay in the news because of her love life much more than her Bollywood releases. The lady set her foot in Bollywood a decade back and since then there has been no looking back for her.

The superstar girl has been linked with a number of men throughout her life.

Let’s have a look at Katrina Kaif love affairs –

Salman Khan was said to be the godfather of Katrina Kaif. They both were a quite strong couple and they both were even huge hit as a reel couple as well. But then Katrina was riding the success ladder and she wanted to work with Shah Rukh Khan and that’s when Bhai got frustrated. They both also had a mini-tussle and that’s when Kat distanced herself from Sallu Bhai.

This is one of the most talked about affairs of Bollywood. They looked great both on and off the screen and the couple was a super hit on the screen. But we came to know that Mrs. Akshay Kumar gave her mister a warning not to ever see Katrina Kaif and that’s when this love saga ended.

One of the most public breakups of recent times. The two went quite strong for 4-5 years. This relationship started with Ajab Prem ki Gajab Kahani. Even Deepika went on record saying that Ranbir cheated on her back with Katrina. The two actresses don’t even share a cordial relationship to date. But then again the Kapoor guy lost interest in Kaif and shifted his attention elsewhere.

This was one of those affairs which lasted a really short time and was kept under good wraps. Both knew each other since mutual friends for a number of years and it was said that the two of them hit off really hard. But it seemed that the chemistry between them died off quite soon.

Vicky Kaushal and Katrina Kaif started dating in 2019. However, their dating life has been a hush-hush affair, much like their wedding. They finally tied the knot on 9th December 2021 at Six Senses Resort in Rajasthan. Close friends and family attended the wedding, and the guests were requested to refrain from using their phones. Even it was also reported that the couple struck a deal with an OTT platform for streaming the wedding.

Well, we all are finger crossed about this one goes.