Is it True – Human Ancestors Were Nearly All Vegetarians? Should We Follow This?

Is it True – Human Ancestors Were Nearly All Vegetarians? It is a debatable topic but if we imagine ourselves in a jungle with no food resources then what is the first thing comes in your mind in order to survive. The probable answer is that you would look for wild fruits like wild berries, dates or coconuts (if it is an island) because these are known to us and harmless. Our ancestors didn’t have knowledge about food; they have earned this knowledge by each passing day. They have survived everything which was edible to other animals which included ants, small insects, reptiles and small animals. So it will be an injustice to categorize our ancestors as vegetarian or non vegetarian without considering their living environment, climate, and other biotic and abiotic factors.

Can we categorize food habits in modern society?

Now the scenario has been changed drastically regarding food. The curiosity of human species made him or her to explore new dimensions and avenues in food. Sometimes, the experiment done by humankind is based on the need for a better solution to the existing problem. In the food world, edible items have been evolved more than we have imagined and now, one can get a variety of artificial flavors which doesn’t exist in nature. The consumption of synthetic and processed food has raised many health issues and the modern human is looking for the holistic approach to natural diet once again.

A new sensation in the healthy food world

One such experiment to get natural food is “Paleolithic diet” in which the diet followed is much similar to our ancestor Paleolithic man. These diets are generally found to have low carb content and mainly includes meat, fish, nuts and seeds, and certain fruits and vegetables.

Biologist and writer Rob Dunn has pointed out that many close relatives of human ancestors like gorillas, chimpanzees, monkeys, and apes used to feed on fruit, nuts, leaves, and insects, and the occasional bird or lizard which shows that bulk of their diet comes from the plant sources and meat content was less than three percent of the whole diet.

He states “…if we want to return to the diet our guts and bodies evolved to deal with, we should not be looking at our most recent ancestors. Instead, we need to understand the diet of our ancestors during the time when the main features of our guts, and their magical abilities to turn food into life, evolved. We need, in other words, to look at apes, monkeys, and other non-human primates.”

It means if we want to remain in close proximity of nature through our diet then we should include fruit, nuts, seeds, and greens which makes a solid base of your diet. The raw and natural chemical content and several enzymes increase the harmony between the gut and its flora.

Role of evolution in dietary behavior

Dunn has stated the importance and evolution of gut of mammals and described that how their gut flora has evolved and their diet has mainly included the fruits, seeds, nuts, and vegetables—especially fungus-covered tropical leaves.

He states “Maybe in thinking about our guts, we should look to the prosimians. Sure enough, most prosimians are (and likely were) carnivores. They eat and ate meat, BUT most of that meat comes from insects. And so if you are serious about eating a really old school paleo diet, if you mean to eat what our bodies evolved to eat in the “old” days, you really need to be eating more insects.”

Yeah, that’s right!! If you think that you will eat like your ancestors and your body will react like their metabolism then I am sorry to say that the result would be far from reality. It is better to act according to your current external and internal environment to become fit and healthy. It doesn’t matter that you eat vegetarian or not. What matters is that you are eating right or not. 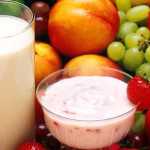 How to Create a Healthy Vegetarian Diet 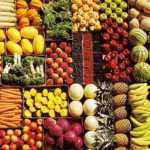 Why Do Vegetarians Live Longer? 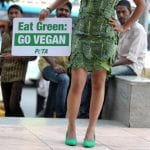 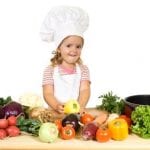 Vegetarian Diet for Children and Teens 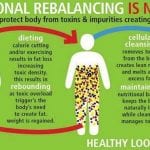 10 Vegan Diet Dangers (#9 is more harmful than you think)

10 Vegan Diet Dangers (#9 is more harmful than you think)