The contemporary generation of the 21st century is Generation Y, and this generation has a very modern approach and outlook. Nowadays, the hookup culture has been much in vogue for this generation. This is a culture where men and women indulge in a relationship of intimacy without any such commitment, and this kind of relationship has its own baggage of cons.

Too often, hookup culture hurts the people in a relationship.

Anyone can be replaced at any time

People in hookups both men and women are used as tissues. Both of them are using each other. Nowadays, people are way too swift to leave and go, even when things are good. Even the silliest and the meager issues do not allow the people to take out some time and sort things. With one button, a relationship can be blocked and called off for a lifetime, and that is all that it takes. As a consequence, both guys and ladies inspect each other as disposable. Also, a lot of men who are on the other end left by their female companion becomes very hard-hearted or full of anger and vengeance and treats others or future partners in a derogatory way. One of the most popular hookup sites owners says

“Relationships nowadays are like tissue paper. Use and throw”.

The security of commitment no longer is there

In such a relationship, the foundation of trust the faith of commitment and other such virtues that build a relationship a strong and divine one lacks. What one gets from such relationship is either the boy or the girl whoever is facing any trouble I either trying their luck with someone else hence cheating another or both are in a constant presence of denial where neither gives the time that can value and work on each other’s demerits.

Romance is an emotion that is obsolete and extinct

The emotional feeling of receiving a card out of love or beautiful love letters are now an ancient thought. In today’s hookup culture it is all about tinder, showing off on Instagram and uploading couple pictures on Facebook. This social media sharing and public display of affection make a couple more outwardly bound, whereas the inner connections are far from being strong. Romance is all about how intimate a picture looks when posted on those social media and the reward of love is measured in terms of likes and dislikes fetched by the picture. Many men shy away from such display and on the slightest protest is left by the lady who may want it. Hence men also do suffer emotional heartbreaks.

A lot of men in hook up culture indulge in intimacy but is never willing to take any responsibilities of the consequences if any.

The man is always running away or avoiding such duties and as a result, there are a lot of unmarried bothers that out of compulsion are forced to single parent the love child and the mother and child both face societal stigmas and scorn. Such children also finding it difficult to cope with society when grown up and become reckless emotionally. They do not understand the importance and family and grow up to influence and increase the hook-up culture.

This hook-up culture is indeed leaving bot the men and women hurt, emotionally devastated and because of their ill experience turning people hard-hearted hence compassion affection and forgiving nature are gradually dying. Hook up culture are giving birth to a self-centric mechanized world which lacks patients and feeling of a true sense of love. 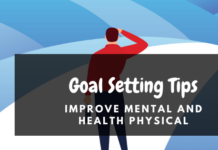 Improve Your Mental and Physical Health with These 8 Steps 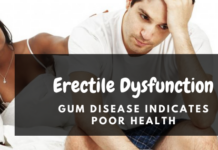 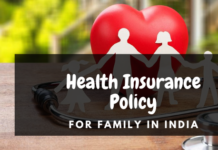 How to Choose the Best Health Insurance Policy for Family in India?