Intra LASIK is the most recent addition in “LASER assisted eye surgeries” and frequently used for corrections of the common vision problems like myopia (nearsightedness), Hyperopia (farsightedness) and astigmatism with utmost precision. It is a completely blade free method and uses the IntraLase F5 laser.

Traditionally, the refractive error correction surgeries were conducted using an instrument which includes a disposable called Microkeratome for corneal flap creation. Since, Microkeratome is a hand-held instrument therefore the chances of complications are more. On the other hand, in Intra LASIK method, the whole surgery is conducted without any blade touching your eyes!!

Through this article, we have presented detailed information about the ‘bladeless’ Intra LASIK eye surgery for you!!

How is Intra LASIK surgery done?

Pre-surgery tests: Prior to your Intra LASIK surgery, you will have to go through several eye-tests in which, data about your eye conditions will be collected and an ‘eye-topography’ will be created. You may have to face repetitive eye-tests in order to get the most accurate vision after the surgery.

Intra LASIK surgery: After the tests, your ophthalmologist will decide whether your eyes are ready to endure the surgery. When you get thumbs up for the surgery, you will have to follow the instructions given by your surgeon.

During the surgery, tiny pulses of laser light are passed through the flap created over the cornea within a quadrillionth of a second. This laser light will develop microscopic bubbles beneath the cornea. The dimension of the layer of bubbles will be determined according to the refractive error you have developed. The flap will be created in 15-30 seconds.

RECOMMENDED  Lowering Your Laser Eye Surgery Risks: What You Can Do

After the flap is carefully opened, the surgeon will remove the tissue and seal back the flap. The healing process will start as soon as the flap is sealed.

Post-surgical tests: Within the next day of the surgery, you will start to get clearer vision which will improve with time. However, you will have to go through several post-surgical tests to ensure your eyes are in good condition. In addition to the tests, you will also have to take several medicines and eye-drops to take care of your eyes.

What are the advantages of Intra LASIK eye surgery?

What are the disadvantages of Intra LASIK eye surgery?

Yes, it’s completely safe if you wish to have a perfect 40/40 vision. Most of the patients who have gone through this surgery have got satisfactory vision without any complications. Since, it is completely Laser operated method therefore the risk factors are comparatively lesser.

Celebrities Who Have Had LASIK

What is the cost of Intra LASIK eye surgery? 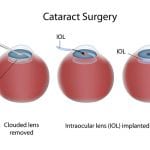 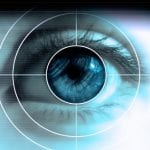 How is Lasik Eye Surgery Performed? 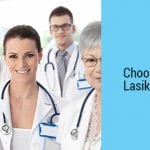 How to Choose a LASIK Surgeon? 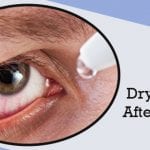 Dry Eyes Before and After LASIK 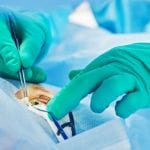 Guide of Lasik Eye Surgery – Information, Side effects and Preparation 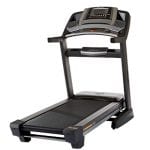 NordicTrack commercial 1750-The Combination of Modern Technology and Durability

NordicTrack commercial 1750-The Combination of Modern Technology and Durability

Guide of Lasik Eye Surgery – Information, Side effects and Preparation