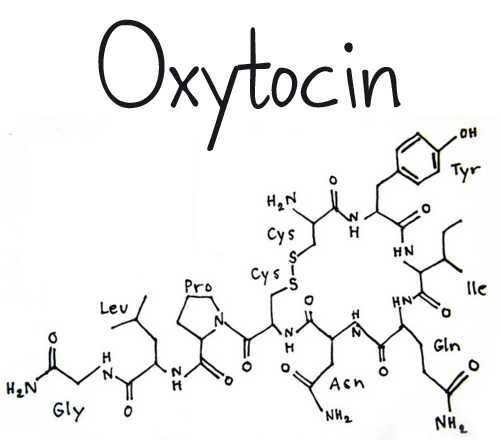 In many regards, our body is still an unsolved mystery. Even though we think that we know everything about it, there is always something which can come as a surprise. At the same time, it is precisely the thing which is charming about it. Although we might have seen our body for thousand times, there will be something to amaze us. Within this complex system build from bones, muscles and organs, there is a part of us which will always remain vague and distant to us. It is our glands and hormones which they are producing.

While bones, muscles and blood all have specific function within our body, each gland can have numerous tasks which it needs to accomplish. For example, our thyroid regulated metabolism which in terms influences almost every inner process within us. Some hormones are meant to regulate our physical function while the others serve to perform different mental tasks. One of the most impressive hormones in our body is oxytocin.

Until recently, most of the scientists disregarded this hormone and its function. It is primarily because there weren’t conclusive evidence that could actually show us how important it is. Oxytocin was always within a gray area and it is thought that it only has minor influence while the other organs play the much bigger role in said processes. However, it is recently discovered that this substance governs most of the social processes which was previously regarded as a function solely performed by brain. Now, we know that most of the bonding and socializing is not due to rational decision making but based on hormonal influence.

Unnecessary Weight Gain- Did You Check Hormonal Level Of Your Body

Oxytocin has primary role of getting us closer to other people. It allows us to recognize certain similarities with other people and based on that, we are able to make a trust-based bond. In theory, we are more willing to accept and understand people with similar viewpoints such as ours. That is why spouses are usually people that are very much alike. But, it doesn’t only regulate the first encounter. With each new touch with a person that you accepted in your company, the bond is becoming stronger. This is especially present in a relationship between mother and child. In cases when mother has less oxytocin than it is needed, it can often lead to post-pregnancy depression. Luckily, the problem can be countered with oxytocin nasal spray.

Furthermore, this hormone doesn’t only regulate our contacts with other individuals. It also regulated the way we behave within a group. Similarly to first contact that we make with another individual, we need to have something in common with our group in order to exist as a member of it. As soon as the proper goal exist, something that is attainable and understandable for all members, individuals are prepared to sacrifice themselves in order to achieve it. At one point, this goal is even represented as a higher good and as such, everyone should be willing to provide unwavering loyalty in order for group to achieve it.

Some of the findings regarding oxytocin are still inconclusive. But, we hope that we will soon be able to discover definite answers.