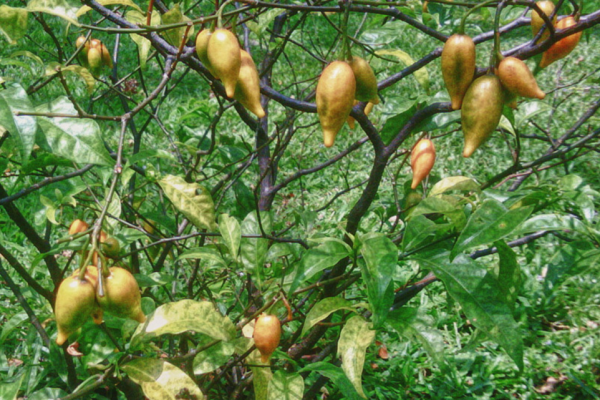 Ibogaine for addiction treatment is making its way around the world. There are only certain places, however, where it is legal. Those that seek this treatment option must often travel long distances. This may even require leaving the country. The recent popularity has many people asking more questions about the Iboga plant and how this treatment works. Ibogaine is extracted from the root of the Iboga plant that is native to Africa, mainly Central Africa. It is a psychedelic substance that is believed to help relieve withdrawal symptoms and bring a mental transformation.

The full name of the Iboga plant is Tabernanthe iboga. It is well-known for its psychedelic properties. The plant grows in as a shrub and the bark of the root is the part used in African religious and cultural practices. It can grow up to 10 m tall, yet often remains around 2m tall. The orange fruit is preceded by pink and white blooms. The most active alkaloid, Ibogaine, is mainly found in the bark of the root. There are, however, several other indole alkaloids in the plant. The plant has been a part of many rituals and medicinal treatments. There is plenty of information to help you. Check out information on What is Ibogaine? The Definite Guide

Effects on the Body

The effects on the human body have a lot to do with the amount used. Smaller doses act as a successful stimulant on the central nervous system and were used by native hunters to stay awake during their food gathering activities. Large doses can cause intense hallucinations. This aspect is used on purpose in rituals to bring individuals to an altered state of mind. In African rituals, this is meant to bring a spiritual transformation. Addiction treatment uses this effect in a similar sense. The fact that it brings people to an altered state where they can better understand their inner selves, is believed to help addicts get to the root of their problem. Negative effects can involve health issues including the heart and liver. Patients should have a full health screening before submitting to Ibogaine treatments.

Opioids are a major contributor to the drug addiction problem. Prescription drugs are made up of both natural and synthetic opioid dosages. Heroin is the major recreational opioid that causes serious addictions. Prescription medications are often the beginning of an addiction issue. Ibogaine eliminates withdrawal symptoms when used during the recovery process. This was discovered accidentally by an addict seeking a high form the psychedelic. Ibogaine is a k-opioid. Opioids seek out receptors in your brain and interact with them. Over time, the receptors begin to expect more drugs. Kappa opioids like ibogaine do a type of reset on the receptors so that they no longer send you craving messages.

The iboga plant is a naturally occurring and has been a part of African culture for centuries. The plant became illegal in the United States in 1967, just as research on addiction treatment was taking off. However, as all other psychedelic research gains traction, there’s only a matter of time before ibogaine will follow. Currently, there are already some ibogaine treatment clinics in North America. People travel from faraway places to attend addiction treatment clinics that use ibogaine.