There is nothing more satisfying than to see all your intense and diligent training pay off.

For most of us, this comes in the form of physique based changes, where both are looking and feeling better after consistently working out is the ideal result.

A big part of this is making changes to our lower body, in which developing lean muscular legs and a firm butt is often one of our many primary goals (even if we don’t say it quite so bluntly…)

Unfortunately for most, making these changes doesn’t come all that easy.

And they rarely come fast.

Now don’t get me wrong, these changes to come, but they require A LOT of effort.

Buttock training is necessary to optimize muscular development and fat loss through a variety of different mechanisms, leading to a more muscular, leaner, and well-rounded booty – while these changes in eating habits can lead to a thinner waistline, in conjunction with increased muscle growth.

Both of which will result and you will know how to make your butt bigger.

Essential Equipment That Every Gym Should Have Available

Anatomy of the buttock

Before we first get into the key training methods outlined in this article, I think it is important to build a thorough understanding of what muscles make up the butt, while also discussing how they act during specific movements.

Of these three muscles, glute max and glute med are both the biggest and the most superficial (the closes to the skin) – and as such hold the most important when we are discussing changing the way we look.

Glute max is the biggest of the two muscles, in which it sits on the most posterior portion of the buttock. Due to its positioning, glute max plays a significant role during movements that require a fast extension of the hip joint from a flexed position.

In conjunction with this, glute max is an incredibly powerful and explosive muscle that responds very well to intense and demanding movements – so those that require high levels of both strength and speed are our best options.

With this in mind, when talking about ‘real life’ scenarios, glute max plays a prominent role in movements such as jumping, bounding, and sprinting.

If we speak of gym based actions individually, glute max loves movements such as squats, deadlifts, and hip thrusts. As these exercises require a heap of hip extension and can be loaded quite heavy (and performed in an explosive and fast manner), they are ideal for maximizing the development of our posterior butt.

Glute med on the other hand sits laterally on the buttock –still a big muscle, it provides that ’round look’ that is so heavily sought

Due to its position relative to the hip joint, glute med doesn’t produce a lot of hip extension. In fact, in isolation, it provides hip abduction, which describes the movement of the leg laterally, in which it moves away from the body.

In conjunction with hip abduction, glute med also plays an incredibly significant role maintaining a level and stable pelvis during single leg stance, and as such gets a heap of work during movements like stair climbing, walking, and running.

You must keep methods as mentioned above while gymming. Your best exercises are to target glute med and build a bigger, better-looking butts with straight abduction exercises (such as cable abductions and clams), in combination with single leg strength based exercises such as lunges, single leg deadlifts, single leg hip thrusts, and split squats.

The combination of these sorts of exercises will lead to maximal muscular development. 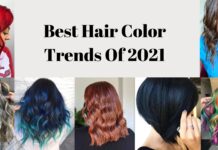 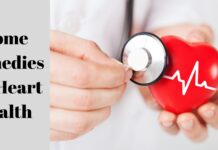 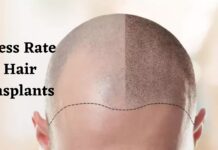 What is the success rate of hair transplants in Turkey?