Period cramps are every woman’s nightmare. The excruciating pain drains all your energy and leaves you feeling utterly exhausted. To find effective solutions to reduce the pain during your periods, first, we need to understand what causes this pain.

Periods occur in a female’s body after ovulation. During this period, a lining is formed along the walls of the uterus to receive the sperm for fertilization in case of sexual intercourse. When the uterus has not received any sperm, it sheds this lining in the form of blood. This is when periods take place, and this expulsion of the lining causes pain.

Period cramps are caused due to muscle contractions along the walls of the uterus while shedding this lining. When the uterus contracts to expel this lining, a chemical known as prostaglandin is released.

Period cramps are also known by their scientific term dysmenorrhea. They usually begin 2-3 days before menstruation and last for around 2-4 days during menstruation. Pain is mostly felt in the lower part of the abdomen. Cramps can also occur as a result of emotional stress. Other symptoms include pain in the back, vomiting or nausea, dizziness, headaches, diarrhea, and constipation.

There are various remedies to reduce the pain caused during one’s menstrual cycle such as taking a hot bath, applying heat to your abdomen by placing a hot water bag or hot water bottle, using herbal medicines, drinking ginger extracts, etc. Changing your diet cycle before the onset of your period is also practiced by many.

But what if we tell you that doing exercise will relieve your period cramps? Doesn’t seem believable? That is because a lot of people do not think of exercise as a routine that can be used to reduce pain. Instead, the first thing that comes to the minds of most people would be that doing exercises during your period would only double the pain since you are putting in the extra effort. Although that seems to be the case, a lot of studies have shown how exercising on your period has significantly reduced cramps. This is primarily because your period is simply the best time to do it. While on our period, our ability to tolerate pain is very high. This also leads to faster recovery compared to exercising on normal days.

The only condition you need to worry about is that the exercises you try out should be light cardio.  In the initial stages, it could also be something as simple as walking or swimming. These are low-impact exercises and hugely influence the intensity of the pain. There are also other exercises which specifically focus on your pelvic area such as Yoga.

Yoga is a great choice because it is an all-in-one workout. It helps to reduce stress, improve your flexibility, and strengthen your muscles, all at the same time. The most effective yoga poses you should try to include the cobra pose, cat pose, fish pose, etc.

You can also choose any other physical activity that can be performed as an aerobic exercise. Follow this guide for better understanding. These moderate-intensity exercises are great because not only do they reduce bloating but also improves blood circulation in your body, which causes endorphins or the ‘feel-good hormones’ of the body to be released. Exercising also helps to reduce anxiety and stress during your period and therefore increase your energy levels and your mood overall. However, it should be noted that to achieve proper results; exercise should be made a part of your lifestyle and not just something you do only during your period for temporary relief. 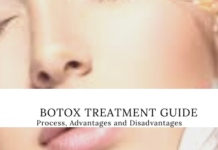 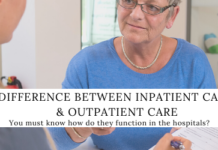