A lot of people are wondering how CBD works inside the body, especially now that medicinal CBD is available. These days, it’s been used to manage depression, anxiety, cancer, and many more ailments. This is why many scientists and researchers have taken a closer look at how this chemical reacts with the hormones and chemicals produced by the human body. And, this is article discusses what they found.

CBD is an abbreviation for cannabidiol, a chemical compound that’s found in hemp plants. With little or no known side effects, it’s also one of the least toxic natural compounds of the plant. Unlike marijuana, CBD is not addictive and has non-psychoactive properties. It’s now readily available in many parts of the United States as all 50 states have legalized CBD with different kinds of restrictions. At the same time, the FDA has set parameters to ensure safe usage of CBD, which is also known as medical marijuana.

After numerous clinical trials, scientists have found that CBD may be effective in treating a number of diseases and conditions. For one, it may aid with seizures in children and help reduce inflammation. Additionally, it’s also being used to help people with Alzheimer’s, diabetes, depression, to name a few.

How Does It Work Inside Your Body?

If you’re wondering how long does CBD last and how it works inside your body, then it’s important to note that the effects that come with taking CBD to rely upon how the substance blends with the physiology of the human body. This will also be the key to understand how to use CBD and how to responsibly use it as well.

To know how it works inside your body, you need to look within the functions of your body and how these functions react with the cannabidiol chemical.

The system comprises of three parts: enzymes, receptors, and endocannabinoids. Each with its own function, whether or not CBD is being used. To give you a better picture, here’s a run-through of each component.

CBD And The Endocannabinoid System

The endocannabinoid system will be the one affected when taking CBD. In order to understand how CBD reacts with your body, you need to take a look at the relationship between the endocannabinoids and receptors.

When CBD goes into your system, enzymes will start to break down CBD. After it’s broken down, the endocannabinoids from CBD will start looking for receptors to bind with. After a lot of research and tests, researchers found that CBD doesn’t attach itself directly to the receptor. Instead, it influences it in a different way. This unique reaction between CBD and the endocannabinoid system receptors are what’s causing all these health benefits from CBD.

What Are The Effects of CBD?

Opposite from its close cousin marijuana, CBD doesn’t affect your body by producing psychoactive effects. In fact, the non-psychoactive properties of CBD are very ideal for therapeutic usage.

Arguably, CBD has a variety of medicinal properties, which include anti-inflammatory, antioxidant, anti-anxiety, anti-seizure, anti-toxic, anti-spastic, and neuroprotective. While CBD has many of the same physical and mental effects as its psychoactive cousin marijuana, it also has many other health benefits that may help manage a wide range of medical conditions, including cancer, epilepsy, HIV/AIDS, and depression.

In addition to all the other benefits that come along with taking this supplement, you need to know that cannabidiol may also help reduce the chance of a heart attack and may reduce the chances of heart disease. This is mainly because cannabidiol is a powerful anti-inflammatory that may lower the production of cortisol in your body. Another thing that it does is it may actually fight off infection, which means that it may be more effective than antibiotics in fighting off disease.

Understanding how CBD works inside your body should be the first step before using it. By doing this, you can use CBD in a more responsible way.

While there are still a lot of questions surrounding CBD and its benefits or side effects, many scientists and researchers are still studying how CBD works inside your body. Despite this, some anecdotal evidence suggests that CBD is an effective treatment for several health conditions. 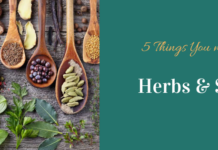 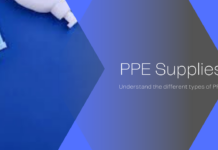 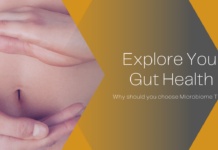