Looking back: The History of Laser Vision Correction 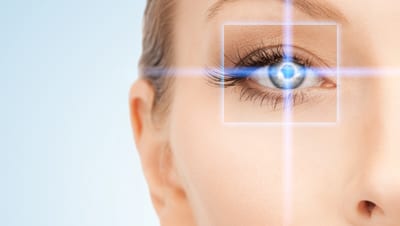 Eyes are the most vital organs of our body and life becomes a lot troublesome when we start getting unclear vision. So, for thousands of years, Humans have looked for various ways to correct the vision and discovered new ways for improving eye sight. It was only through several discoveries and development in the field of vision correction, now we have the LASIK, which uses LASER to correct our vision naturally.

The first solution to the refractive error came in the form of Glasses in the 13th Century which was invented in Italy and later on Contact lenses were invented from hand-blown glasses in 1888 in Switzerland. However, these new innovations were not as satisfactory as people wanted it to be. So, the doctors from all around the world kept on looking for permanent solution to the common vision problems.

This search for a new technique came to an end in 1970 when a new technology known as excimer Laser was invented. This new technology attracted a Columbia University researcher Stephen L. Trokel. He thus borrowed one of the Lasers and used it for Laser vision correction. His first trials were conducted on animal cadavers and then Human cadavers. Later on, he practiced it on living Rabbit and Monkey Corneas which were successful.

In the year 1988, a 60 year old lady was diagnosed with Malignant Melanoma which caused a black spot on her eye. Some scientists asked for her permission to perform an experiment on her eyes before it was removed. When she agreed, one of Trokel’s Colleagues, Marguerite McDonald tried out the first Photorefractive Keratectomy or PRK on her eyes.

Later in the year 1991, Canada became the first place to approve the Excimer Laser for the use of PRK. This PRK was further improved and approved in the United States in the year 1995.

At the same time, in Europe in the year 1990, two Eye doctors enhanced the PRK technology and transformed it to what we today know as the LASIK. A Greek ophthalmologist named Ioannis Pillakaris and Italian eye doctor LucioBurrato invented the popular “Flap and Zap” procedure which is used in LASIK. Instead of operating on the frontal corneal surface, these two doctors decided to use a thin blade to cut a thin flap in the cornea, Zap the tissue beneath it to reshape the cornea and then replace the flap. This flap creation method caused lesser discomfort and the eyes healed more quickly. This procedure was later known as LASIK and was approved in the US in 1999.

Even after the invention of the new “Flap and Zap” LASIK, there was no end to finding more refined form of the surgery. The immense efforts of the scientists helped in the development of a Wavefront Technology which is used for LASIK. This technology is used in mapping the patient’s cornea. This mapped data is then programmed into the Excimer technology. This data helped in precise reshaping of the patient’s cornea which results in customized procedure with better results. In 2002, LASIK was approved by the US FDA and was also declared as the world’s most common elective procedure.

In the same year, another invention of 100% bladeless Laser eye surgery gained popularity. In this “All Laser” LASIK technology, a femtosecond Laser is used in place of the Blade for creation of the corneal Flap at the correct depth and diameter as required for the surgery.

So you have seen that how a simple method of Vision correction i.e. the power glasses evolved into the most effective and advanced LASIK surgery, which every year thousands of people go through!

Previous articleLasik Risks : A Straight Answer
Next articleIs Lasik Surgery Right for You?