His heart broke the day he realized who I was………… 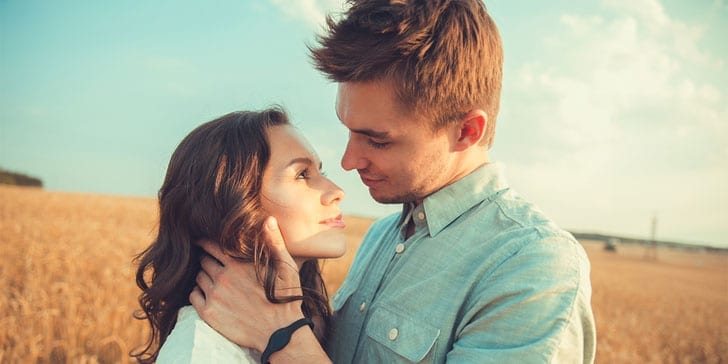 This is the real love story of my friend. She genuinely loved a guy and he mercilessly broke her heart. I decided to seek revenge on my friend’s behalf. So here begins the story of revenge…….

My friend continued to cry hysterically. For the past two hours, she has been sobbing over the guy who left her alone. She had no one in this world except for me. Monal and Shagun have been in a relationship for three years and they had many intimate moments together. My friend got pregnant in between and both of them decided to abort the child. After abortion, she felt that Shagun is ignoring him. she confronted him several times on sharing what went wrong in their relationship. He would just deny answering and walk away every time.

One day her mother saw a few personal pictures of her with Shagun and she beat her badly. After speaking to her mother, she finally decided to convince Shagun for marriage. Her mother supported their relationship only if they marry each other. She didn’t want them to stay in a live-in relationship.

“Shagun, my mother knows everything now and she wants us to get married. She is with us. Please marry me.”

“You must be kidding. I can never marry any woman in this world. You stupid girl, open your eyes and get out of your fantasies of becoming my life partner.”

“To hell with you and your family. I don’t love you anymore. In fact, I never loved you. If you are smart enough you’ll understand.”

She didn’t get a chance to speak to him any further. He left her and never returned. He blocked her contact and blocked her from his life. She went home and cried before her mother. She wasn’t able to comprehend and decided to call me instead as I was Monal’s best friend. I immediately went to her residence and she narrated me the entire incident. I managed to calm her down and make her realize her own worth. After some time, I planned to seek revenge.

Next day I texted Shagun and said that Monal was stupid enough to fall in love. I intentionally took his side so that he trusts me.

“She might be my friend but I can never support her when she’s wrong. You have your own life. She cannot force you to love her. How dumb was she to tell her mother everything? She should have made an excuse.”

“I am really impressed,” he replied. “I thought you have texted me to complain or abuse me but you are really smart. I think we shouldn’t discuss this topic any more. Let’s just forget all that had happened.”

“Not so easily. Let’s be friends Shagun.”

I knew he wouldn’t deny my offer as he was wicked and I very well knew what a man thinks. As I had expected he agreed and from that point of time my revenge initiated. I had to act wicked like him and discuss the girls he date. I felt disgusted over the fact that he breaks hearts like a game that too so shamelessly.

For a few months, I continued to chat with him and trap him with my words. We would flirt with each other all night and he would act a bit romantic. I knew he did start liking me but I had no intentions to fall in love with him.

‘I know very well why you want to meet me’ I thought and agreed.

The following day we met at a restaurant where he started acting decently and I knew well he was counterfeiting. He felt that he had trapped me but it was I who actually trapped him. While he was communicating I saw tears in his eyes. That time I realized he had genuine feelings for me.

“I won’t lie to you. I have played with many girls’ hearts and I guess you are the first girl in my life who knows the real me. You love me the way I am and I swear I have never pretended. I know I am not the perfect one and it is difficult to trust me but I will never break your heart. If you don’t believe me, I promise I’ll never touch you till we marry each other.

“What did he just said marriage,” I thought.

After our date when I returned home I wept. Did I had feelings for him too? But I somehow reminded myself of the real purpose of being with him and I had to accept the fact that he might be cheating me as well. You won’t believe, he actually wanted to marry me. He invited me the next day to meet his mother and he even said that he told her about our relationship. This is what I wanted.

He kept on waiting for me but I didn’t go. After four hours I heard knocks at my door. The moment I opened, he entered and started yelling at me.

“Why you did this to Monal?”

His entire world turned upside down the moment he realized that I had been seeking revenge all this while. I thought there wasn’t any need for further discussion. Before leaving, he cried and said for the last time, “I love you.”

I felt bad but at the same time, I was happy that my friend got justice. Today I see her smiling but there is a secret in my heart that I never told her. The secret was that I too fell in love with Shagun.

Previous articleDo You Need Vitamin Supplements?
Next articleEverything You Should Know About Bipolar Disorder