Sean Tierney is a trained bodybuilder. He was protected through life-saving surgery after his organs were found twisted. And you will be amazed to know the reason. The reason is nothing other than his high protein diet.

Sean Tierney just started his stint in bodybuilding competitions. He was a regular at the gym and he has been into fitness and exercises for the last 11 years. His body was in the best shape when he was rushed to the hospital because of his severe abdominal pain.

Doctors started to treat the 34-year-old with appendicitis when they found that his bowel has started to twist.

Sean who was a competitor in Bodybuilding, April 2017 said “I used to go just for fitness for a couple of times a week and saw people who were bigger and stronger than me and I wanted to look like that”

But all didn’t go well. just before the competition, Sean suffered from extreme pain in his lower abdomen and thus he was rushed to the nearby hospital.

Sean was amazed to hear doctor’s comments “The doctor said the protein was an issue because I needed to increase my fiber. It was to do with the amount of protein I was having and the fact I was on a strict diet for the first time in my life and my body was not used to it.”

And soon after “After the competition, I was having really bad contractions and pains in my stomach and I had to call an ambulance. They thought I had appendicitis and said that because of all of the bodybuilding they could make a small cut above the appendix and when they put me to sleep they found out I had a twisted bowel.

They had to take everything out, sort the mess out and sew it up again. I had to have 43 staples but the doctors said I was very, very lucky not to need a colostomy bag.”

Sean took almost two and a half weeks for the recovery and now he is all hail and healthy. 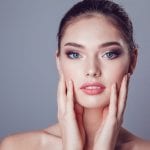 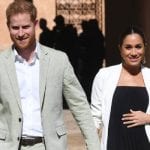