New Findings on the Health Effects of Stress and Anxiety 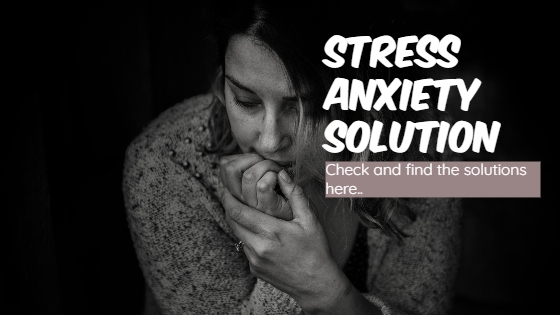 Americans are among the most stressed-out populations in the world, with Gallup data indicating that over half experience stress regularly throughout the day. Studies undertaken over the past few decades have linked stress to everything from heart disease to obesity and even Type 2 diabetes. New research shows, however, that stress and anxiety are linked to more conditions than were previously known.

These are just a few definitive findings on stress, anxiety, and health and wellbeing.

Look at the Health Effects of Stress and Anxiety here:-

A recent study published by researchers at Yale University found that mice exposed to stress in the womb and soon after birth had a lifetime of immune system problems that thwarted their ability to resist infections and cancer. When exposed to stress hormones, these mice were essentially “rewired or reprogrammed.” The findings say, scientists, are testimony to the importance of sheltering women from stress during pregnancy.

Researchers at the American Academy of Periodontology found that there is a strong relationship between stress, anxiety, and depression, and periodontal (gum disease). “Individuals with high-stress levels tend to increase their bad habits, which can be harmful to periodontal health. They are less attentive to their oral hygiene and may increase their use of nicotine, alcohol, or drugs,” said researchers. Those who are stressed can also grind their teeth at night. This habit, called bruxism, can cause teeth to wear down and loosen, eventually leading to tooth loss. Bruxism can also cause jaw pain and tightness throughout the day. While exercises to quell jaw tightness and pain exist, it is also important to tackle the cause of the problem. If stress is the culprit, it should be tackled proactively throughout the day to reduce bruxism at night.

If you thought that the old saying that stress could cause hair to gray was just a myth, think again. Research published this year by researchers at Harvard University conducted lab studies that showed that the nerve involved in the stress response (or the flight or fight response) causes permanent damage to stem cells that generate pigment in the hair follicle. The researchers found that stress causes specific neves to release a chemical called norepinephrine. This hormone is taken up by pigment-regenerating stem cells, affecting their ability to perform their main function.

In July 2020 study by researchers at Colorado State University has shown that being physically stressed at work is linked to faster aging of the brain and to worse memory when one is older. Lead researcher, A Burzynska, stated that although scientists had long known that stress can accelerate physical aging, their study produced new evidence that showed that occupational stress can promote cognitive aging.

The average American spends over eight hours a day at work. This means they have little time to spend on social, cognitive, or physical activities that protect the mind and brain as it ages. Scientists have long proven that stress has a negative effect on health, and recent findings show that this link is more extensive than many imagined.

Stress can affect everything from gum health to the way the brain ages. It can also potentially make hair go gray faster, which goes to show that it is as detrimental to beauty as it is to health and wellbeing.