Get Rid Of Your Ink: Everything You Need To Know About Tattoo Removal 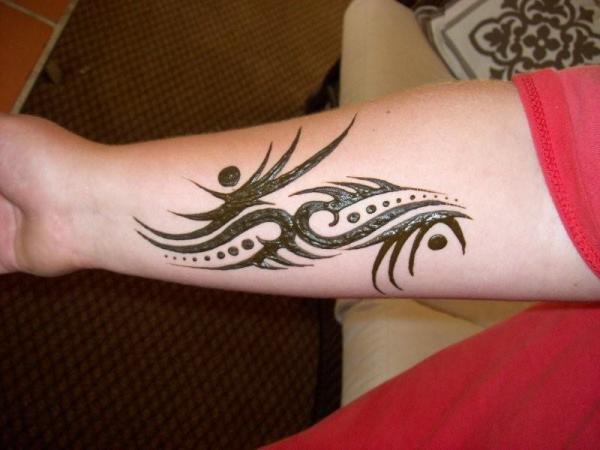 Do you remember when people would ask you if you were sure you wanted that tattoo? They would ask you because their point was that it would be permanent and if you regretted getting it, you would have to live with it.

Well, these days, it is easier than ever to get rid of a tattoo. If you want all signs of your ex gone, or you simply decided that your tattoo doesn’t represent who you are anymore, then you can get rid of your tattoo without too much fuss.

In this article, I will go over the basics of what it is like to get rid of a tattoo and what your options are.

How does getting a tattoo removed work?

The most common way is to go to a cosmetic dermatologist and have it lasered away. They use a system in which a laser is directed at the ink under the skin which dissolves it. Once dissolved, it slowly gets absorbed by the body and removed with the rest of the waste through the bloodstream.

It takes several sessions for this to work so be prepared for it to be a process that is not immediate.

The process works best on people with light skin as the laser can penetrate easier and dissolve the ink. That doesn’t mean that people with dark skin are not eligible, it just means that you may have to do more sessions and there may be visible marks around where you got the tattoo.

Once your tattoo is removed, it is gone for good. You don’t have to worry about the ink reappearing and having to go back for more treatments.

What is likely, however, is for there to be some residue of the tattoo that is still slightly visible. It depends on the colors of the tattoo as some of the lighter colors are harder to get rid of. Plus, the pigmentation of the skin where the tattoo was has been altered.

Does removing a tattoo hurt?

It really depends on what your threshold for pain is to assess whether you will think the laser removal will hurt. It certainly won’t hurt as much as getting the tattoo. And, like the tattoo itself, it will depend on the location as to how much it is going to hurt.

That said, it may be slightly uncomfortable and there is a sensation that some people find unpleasant. A doctor may give you some numbing cream to reduce the discomfort that you may feel so it isn’t so bad.

How to take care of the area after

After you’ve had the tattoo removed, you will need to look after it to keep it clean and disinfected. There is very little risk of any side effects after removal, but it does depend on how well you treat yourself afterwards.

Make sure to keep it clean with an antibiotic cream to avoid any chance of it getting infected.