The term “Depression” is used quite frequently these days and is associated with stress, grief or with the situations when you are feeling down. This is one of the most common terms used to reveal moods, but it is much more than that!! This is not just the temporary mood swing that you experience while breaking up with your beau or not even the condition that you may experience when you fail in examination as it is the real illness. Depression is the illness which affects the brain and that cannot be controlled just by positive thinking as it is the medical condition and not about the “Attitude”. There are several reasons for clinical depressions and those can be medical, emotional or genetic.

World Health Organization (WHO) has recognized depression as one of the most disabling health conditions which affects about one out of ten men and one out of five women sometime during their lives. Depression can affect anybody irrespective of age, gender, education and financial condition.

There are many possible causes of depression, which may range from genetic to medical. Take a look at the triggers of depression given here.

Symptoms of depression are the symptoms of being unwell mentally, physically and emotionally. The patient suffering from depression would display many behavioral changes too. Following symptoms of clinical depression can be watched to decide whether you or your keen needs to seek medical help.

Apart from the above symptoms, a person may find changes in thought process too. Negative thoughts would empower and there would be frequent thought of harming one’s self. This can be fatal sometimes!

If you have the symptoms, you can consult your doctor for further help. The line of treatment would be decided by the health practitioner depending on the severity of symptoms and the medical condition. Antidepressants may be the last resort and one should opt for lifestyle changes at first. The regularity of food and sleep will solve the problem to some extent. Avoid being alone and mingle with friends to combat depression as all these remedies are harmless and can be tried without side-effects. If nothing works, then you can start the medication as directed by your physician.

Try to cure depression from it very signs of entering your life as the cure would become even more difficult once it gets chronic. For more information about depression, you can take this am I depressed test from Mind Diagnostics. 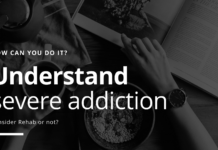 What is Addiction and How to Overcome it? 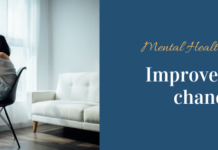