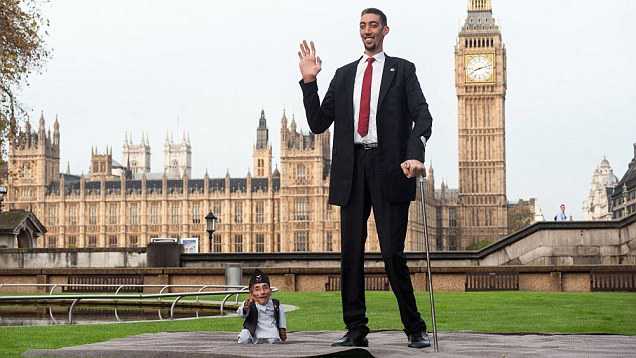 Growing to be a tall person is always considered as an advantage. But, growing excessively tall may be a matter of concern. However, it is not commonly reported but it can occur in a person due to various syndromes. It is important to seek medical help immediately if you notice abnormal growth in your or your child’s body. A positive diagnosis through an X-ray examination of the bones of the skull as well as blood and urine tests can help you combat the excessive height growth disorder in a child. Excessive Height Growth Disorder or tall stature syndromes are very rare than conditions resulting in short stature. This condition is defined as excessive height growth of two standard deviations above the mean for the person’s gender and age. This disorder may be related to a family history of tallness.

Untreated, excessive height growth disorder will not only deform your features, you can even die later because of it. Production of too much growth hormone causes the internal organs to expand and this could lead to complicated health issues like hypertension, high blood cholesterol levels, heart disease, impotence, diabetes and eye problems.

The most common causes of Excessive Height Growth Disorder are:

If you experience any of these syndromes, seeking medical help is recommended.

Previous article10 Amazing Foods and Diet For Increasing Height
Next article9 Fun Facts About Your Height, Surprise You !