Everything You Need to Know About Turmeric Powder 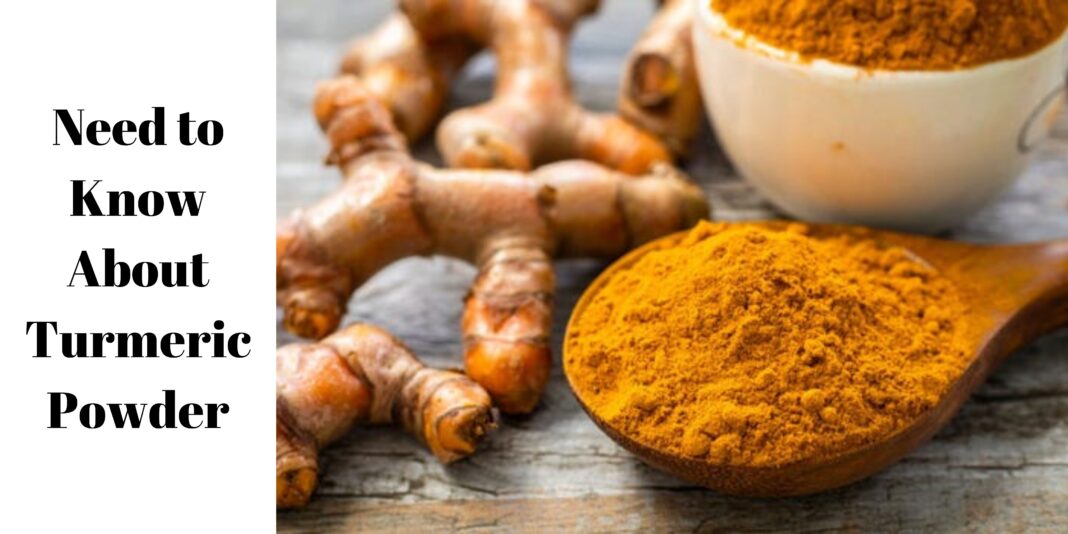 If you have ever heard whispers of turmeric’s health-promoting properties, you may have been left wondering how else the so-called superfood can improve your overall health and wellness. It may be most well-known for providing a rich, golden glow to food but it has also been known to provide a number of health benefits when consumed on a regular basis.

To find out everything you need to know about turmeric powder, continue reading.

It is a natural anti-inflammatory

If you suffer from a health condition triggered by inflammatory problems, turmeric is a natural anti-inflammatory and can reverse the symptoms of inflammation when consumed on a regular basis. It has even been said to rival the effectiveness of the most powerful anti-inflammatory drugs with the added benefit of avoiding the myriad of unpleasant side effects that can occur after taking pharmaceuticals. It has also shown promise in reducing joint inflammation, in particular, which can lead to pain, stiffness, and even arthritis if left untreated for a prolonged period of time.

It is a great antioxidant

If you have been advised to consume foods high in antioxidants, turmeric is a great place to start. It can be tempting to opt for an expensive health supplement that promises to deliver antioxidant properties but with one of the highest levels of naturally-occurring antioxidants of any plant found throughout the world, the best turmeric powder on the market can achieve the same results for less. This is due to the presence of curcuminoids which are effective at finding and neutralising free radicals or scavengers in the body that can cause long-lasting damage to cells if ignored.

It has been known to alleviate depression

In the past, the most widely prescribed treatment for depression has been antidepressant drugs. This can, however, also lead to a number of unpleasant side effects such as indigestion, stomachache, loss of appetite, dizziness, and constipation. In recent years, however, turmeric has emerged as a suitable treatment for depression by sufferers on the hunt for a more holistic approach. This is due to its intrinsic anti-inflammatory compounds which can fight against inflammation and oxidative stress which are often associated with depression.

It can prevent disease

It has recently emerged that the various compounds found in turmeric can be successful in preventing a number of diseases including Alzheimer’s with curcumin able to cross the blood-brain barrier to prevent a protein called amyloid-beta from forming and accumulating. It has also been known to reduce neurotoxicity caused by the presence of heavy metals in the brain which has also previously been proven to prevent the onset of Alzheimer’s.

If you are curious as to how turmeric powder may be able to help you, it has been known to host a number of benefits for your overall health and wellness. It is, for example, a natural anti-inflammatory, is a great antioxidant, has been known to alleviate depression, and, last but certainly not least, can prevent diseases such as Alzheimer’s.