Echinacea, or purple coneflower, is a wildflower native to North America. A popular staple of many flowerbeds, echinacea has also been used medicinally for more than 400 years, first by Native Americans, and then, later, by white settlers. Mass-produced echinacea supplements and preparations have a history dating back to the 19th century.

Echinacea is well known for its immune support benefits — in Germany, where supplements are regulated, the upper parts of the Echinacea purpurea are approved for the treatment of upper respiratory infections, urinary tract infections, colds, and slow-healing wounds. The root of Echinacea pallida is approved for treating flu-like infections.

Taking echinacea to treat a cold may reduce the duration of the cold by as much as 50 percent. The sooner you start taking echinacea after symptoms begin, the quicker you should be able to fight off the virus. You should take echinacea several times in the first few days and then a few times a day thereafter, but no longer than ten days in a row. If you struggle to take tablets or gelcaps, try alternatives like echinacea gummies or echinacea tea.

High blood sugar can put you at risk for a range of health complications, and some of them can get pretty serious. At least one study has found that echinacea extract can block the enzyme your body needs to digest carbohydrates, so that less of the sugar you eat actually gets digested. Echinacea extracts may also activate the PPAR-y receptor on your body’s cells, making them more sensitive to insulin.

Inflammation is your body’s way of healing itself, but when inflammation becomes chronic, it can raise your risk of chronic conditions and other health problems, including chronic pain. Echinacea has been found to treat inflammation in mice and to prevent inflammation-related memory loss. A study of human beings with osteoarthritis found that a daily echinacea supplement relieved pain, swelling, and inflammation related to their arthritis. Many of these study participants reported that they didn’t usually respond well to non-steroidal anti-inflammatory drugs (NSAIDs), but that the echinacea supplement relieved their pain and discomfort more effectively than traditional options like aspirin and ibuprofen.

Echinacea has been found to have benefits when applied topically, as well. Echinacea skin cream has been found to relieve the symptoms of eczema, both by soothing irritation, and supporting the growth of healthy skin cells. Because echinacea is effective at treating infections and reducing inflammation, it can help treat acne, both by addressing the inflammation and killing the P. acnes bacteria responsible for causing acne. And, when used in a daily or nightly moisturizing cream, echinacea has been found to have anti-aging benefits, leaving skin more hydrated and reducing the appearance of fine lines and wrinkles.

In the past, Native Americans and early settlers used echinacea almost as a cure-all, and it’s not hard to see why it was so popular. For hundreds of years, echinacea has helped us recover from infections, soothed inflammation and irritation, eased our anxiety, and helped us live longer, healthier lives. Make echinacea supplements a part of your routine today for many years of good health. 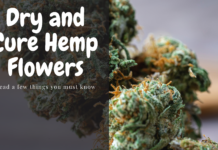 How to Properly Dry and Cure Hemp Flowers?

What to Know About Hiring a Lawyer for a Personal Injury?