Research suggests that three to eight million women and one to four million men in the United States suffer from interstitial cystitis, a bladder disorder causing bladder pressure and pain that may range from mild to severe. IC sufferers may have pelvic pain and frequent need to urinate, up to 60 times a day. The cause of interstitial cystitis is unknown but may be related to a defect in the lining of the bladder which allows toxic substances in urine to irritate the bladder wall.

IC has no cure, but Elmiron is the standard course of treatment for patients with this condition. In fact, Elmiron is the only medication approved by the FDA for the treatment of interstitial cystitis, and there is no generic version available. This means many thousands of people must take Elmiron for relief from IC pain. The mechanism by which Elmiron relieves pain is not exactly known, but it is believed to provide a protective coating to the bladder wall, which may prevent irritation and thereby prevent pain.

What are Elmiron’s known side effects?

Elmiron is known to cause a number of less serious side effects, most commonly including nausea, upset stomach, diarrhea, headaches, dizziness, rashes, and hair loss. Elmiron also works as a weak anticoagulant, which means it may cause increased bleeding and bruising. Due to this characteristic, it may be dangerous to take with other blood thinners like warfarin, and other drugs that may cause increased bleeding, like aspirin and ibuprofen.

RECOMMENDED  iSelect private health comparison- what is it and why to buy?

Can Elmiron cause vision problems?

A recent study suggests that Elmiron can potentially cause severe and irreversible eye damage. A small number of patients were noted to have similar eye problems, and further study found that about a quarter of people with significant exposure to Elmiron showed signs of retinal damage. The average patient had taken approximately 5,000 pills over the course of 15 years, and a higher cumulative dose was found to be associated with more eye damage.

These patients may be diagnosed with conditions like age-related macular degeneration or pigment damage on the retina known as pattern dystrophy. Elmiron is thought to have an unintended effect on the retina that is similar to the coating it gives the bladder, but in the retina causes damage and cell death.

This damage to the retina only became apparent after patients took the drug for a number of years, meaning new patients can be screened for eye damage regularly to prevent these problems by stopping the medication at the first signs of damage. But for the earlier patients who took Elmiron for many years, the damage may have gone unnoticed long enough to cause further progression of the disease. Damage may be severe and irreversible, up to permanent vision loss.

RECOMMENDED  How to Choose the Right Autism Treatment

Because this side effect is potentially so severe and irreversible, many patients have begun the process to sue the manufacturers of Elmiron for failure to identify and warn of this damage. Click here for more information on the Elmiron lawsuit if you believe you may qualify.

What is Lumbar Spinal Stenosis? 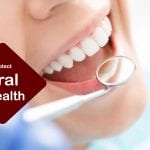 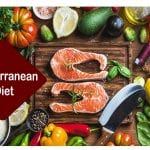 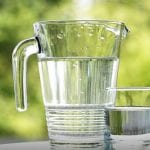 Getting an Alkaline Water Pitcher? Why it Might Be a Great Idea! 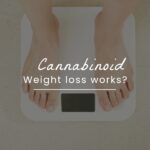 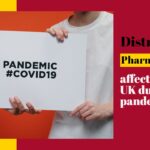 How Coronavirus has affected Pharmaceutical Distribution in the UK?

How Coronavirus has affected Pharmaceutical Distribution in the UK?