Dengue has become a terror in cities because it has claimed many lives and continues to do so every year. It was first reported in early September of 2006 in Delhi and by the end of the month, other states have reported deaths from Dengue fever. The government has tried to control it and create awareness about it in common people as much as possible. Ministry of Health has set up a control room in Delhi at Directorate of National Vector Borne Disease Control Programme to provide support and guidance to the states and union territories.

Dengue is present in 110 countries and the total cost of this disease is estimated US$9 billion. 12 countries of Southeast Asia have reported 3 million infections and 6000 annual deaths in the decade of 2000s. It is reported in 22 African countries and all other countries which make it the most common virus borne disease.

How to identify it and their symptoms?

Here are the common symptoms of dengue fever:

How to find if you are affected with Dengue?

If you have the above-mentioned symptoms then you must seek immediate medical attention. It is confirmed through microbiology lab testing where virus isolation in cell cultures, nucleic acid detection by PCR, viral antigen detection (such as for NS1) or specific antibodies (serology) are performed to find the dengue virus.

Virus isolation and nucleic acid detection provide accurate result than antigen detection but it can’t be performed widely because of its higher cost. PCR and antigen tests are more accurate in first 7 days. At early stages, it is hard to detect the virus but as the infection progress, detection of virus specific antibodies in body confirms the onset of this disease.

What are initial symptoms and critical stages?

Sometimes, the symptoms are very mild and therefore it can be mistaken as flu or any other viral fever. It is mild in case of the first timers but it can be severe in form of hemorrhagic fever which is characterized by high fever and damaged lymph and blood vessels, enlargement of the liver, bleeding of gums and nose.

These symptoms can progress into heavy bleeding, shock, and even death. This condition is referred as dengue shock syndrome. In the critical phase of the dengue infection, leakage of the plasma from the blood vessels may result in fluid accumulation in cavities of chest and abdomen. The blood supply to the vital organs is also reduced which can cause organ dysfunction. But the severe form of dengue occurs in only 5 percent of all cases.

If you are affected with Dengue, steps to be taken

You must get yourself diagnosed for dengue if you have observed the following warning signs:

How to home care the patient?

It is important that the infection doesn’t spread further, therefore, steps need to be taken for preventing mosquito bites.

Here are some following steps to control mosquitoes at home:

Severe cases are treated at the hospital where intravenous fluids and electrolytes are introduced in the patient’s body to replace the lost amount of fluid. Sometimes a blood transfusion is also done to replace the lost blood. Corticosteroid injections are used to reduce the inflammation and control immune system.

Besides controlling the breeding of mosquitoes in the vicinity of your house, you need to protect yourself at home, office and during traveling. Here are some mosquito repellent products which can help you out.

You can spray the repellent in corners and other places to kill the existing mosquitoes. This is an effective and easy way to get rid of the nasty insects. You can use the sprays made up of natural ingredients.

It is a mosquito repelling incense designed in a spiral and commonly made up of dried paste of pyrethrum powder. It is very affordable yet effective and hence widely used in many continents.

It comes with a small machine holding the liquid in a plastic container. It is plugged to the electricity source to heat up the liquid and vaporize it to diffuse it into the air. When mosquito comes in contact with the repellent mixed air, it gets killed or repelled away.

Hydrating coconut oil and natural repellents like citronella and lemongrass essential oil are the main ingredients of this product. It is debt free and can be easily used as other spray products like deodorant and perfume.

It is safe and can be easily used by children. It easily sticks to the skin and keeps the mosquitoes away by changing the body odor making the scent unattractive to the insects.

Many creams are available for infants and small children which are safe and contain natural repellents for safe and effective results.

Avail. Information from following government sites and the available facilities

You can find more information on the following government websites 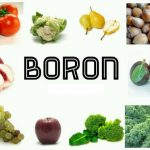 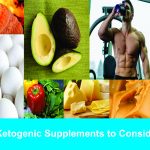 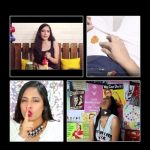 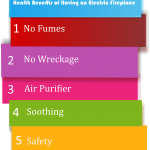 5 Health Benefits of Having an Electric Fireplace

5 Health Benefits of Having an Electric Fireplace