There is so much hype around THC and CBD — their health benefits and their use as treatments for certain medical conditions — that many people are forgetting that cannabis contains another incredibly useful class of compounds: terpenes.

Terpenes are a class of organic compounds that most commonly take the form of aromatic oils. Some of the most beloved smells in nature come from terpenes; scents like pine, citrus, lavender, clove, mint, and many others are directly the work of terpenes. Currently, researchers have identified over 20,000 distinct terpenes in the natural world, but there could be many more.

Terpenes are most often found in plants, though there are some insects that have been found to produce terpenes. Cannabis alone generates more than 120 different terpenes, though not all are always present in the same plant. Wine is another popular substance that is made better primarily by the presence of a wide range of terpenes.

In nature, terpenes offer potentially dozens of functions to the plants and insects that produce them. For example, many terpenes seem to keep pests away from plants that are producing flowers and fruit; meanwhile, other terpenes seem to help plants repair their wounds. In cannabis, the highest concentration of terpenes is found in trichomes, which are glandular hairs that cover the surface of the cannabis plant, especially its flower buds, after the plant matures.

Humans don’t naturally produce terpenes, but it does seem that human bodies benefit from exposure to terpenes. One study found that people who spend more time in terpene-rich environments, like pine forests, are less stressed and enjoy better health than people who lack such terpene exposure. While more research on terpenes is warranted, there is some evidence that individual terpenes can have distinct physiological effects. Fortunately, many of the most beneficial terpenes are present in cannabis strains. You can learn more about the strains at the cannabis club.

When buying weed from California dispensaries, it might be wise to look for strains with terpene profiles that include these beneficial compounds:

Bisabolol. Mildly floral and present in chamomile, bisabolol has long been believed to help manage skin conditions, which is perhaps why it is present in a large number of skincare products.

Caryophyllene. The most common terpene in cannabis, caryophyllene has an herbal, spicy aroma and seems to have anti-inflammatory and pain-relieving properties. Caryophyllene is also present in rosemary and cloves.

Guaiol. Found in cypress, guaiol smells like pine and boasts potential as an antimicrobial, antioxidant and antibacterial agent.

Humulene. In sage, basil, clove, and black pepper, humulene has a hoppy aroma. Interestingly for a terpene, this compound functions well as a topical anti-inflammatory and pain reliever.

Limonene. Most commonly found in citrus fruits, limonene is distinctly citrus in smell and commonly used in cleaning products. This terpene could provide an important boost to the immune system and be useful in managing cholesterol.

Linalool. Distinctly floral and present also in lavender, jasmine, rose and bergamot, linalool has some fascinating health effects like inhibiting the growth of fungal infections, especially those produced by the fungus candida.

Myrcene. The other of the two most common terpenes in cannabis, myrcene carries an earthy aroma and seems to be helpful in reducing inflammation. Myrcene is also present in mangos and hops.

Nerolidol. Nerolidol smells woody, like fresh tree bark, and is interestingly only found in cannabis and a species of orchid native to Mexico. The terpene seems to help other compounds penetrate the skin for effective topical delivery.

Ocimene. A strong, sweet and herbal scent comes from ocimene, which is found in a wide variety of plants, from mint to mangos to orchids. Like other terpenes, ocimene acts as an anti-inflammatory agent and can have antiviral properties, too.

Pinene. Present in pine trees, as the name suggests, pinene smells distinctly of pine. In addition to having anti-inflammatory properties, pinene also seems to improve airflow to the lungs.

Terpinolene. Herbal and citrusy in aroma, terpinolene is present in apples, lilacs and rosemary. Terpinolene could have sedative properties, but it also is a promising cancer treatment for some types of tumors.

Weed enthusiasts believe that terpenes and cannabinoids work together to affect the human mind and body in a phenomenon called the entourage effect. Regardless of whether this is true, terpenes are certainly important compounds worth considering within cannabis.

What do you think about la familia edibles which is another form of CBD? 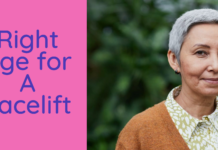 What’s The Right Age For A Facelift? And Other Frequently Asked Questions 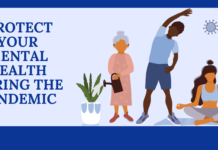 How To Protect Your Mental Health During The Pandemic