Technology is proving itself a valuable asset in the healthcare industry and, maybe, big data plays one of the most accentuated and relevant roles. The more new pieces of technology are involved in the medical act, the more efficient the whole system can become, especially when it comes to reducing medical malpractice and injuries occurred from medical treatment and procedures.

Medical malpractice has far-reaching effects and it can change completely patients’ lives. As technology becomes widely embraced in the medical system, we can observe a slight drop in malpractice claims settles across the US for lumps below $500,000; the claims over that amount seem to grow.

In the medical system, medical malpractice law is the legislative mechanism to handle negligence in the medical act by doctors, nurses and other medical professionals. In this context, medical staff becomes increasingly aware and takes unnecessary precautions in the medical act, inflating patient’s bills significantly. The fear of missing something out is leading to what specialists call “defensive medicine”. To correct this behavior, medical experts aim to a medical malpractice law reform. However, the flip of the coin of reforming the law system would be that medical staff would be tempted to treat the symptoms and not the cause and impede the patient’s rights. In these circumstances, trial by jury would be more difficult to obtain. Medical malpractice is more common than many people think, in all areas of the world. Malpractice is an occurrence in both wealthy and developing countries, as statistics show. Between 2012-2016, in New York paid enormous amounts due to malpractice, a case being settled for $15 million, for instance. The Medical Protection Society of South Africa settled a claim for the equivalent of $340K.

The medical malpractice statistics around the world are gloomy, according to malpractice lawyers. Medical error is, statistically, the third leading cause of death in the US. A study conducted by the John Hopkins Hospital revealed that more than 250,000 people in the US die annually from medical malpractice. However, considering the fact that not all cases are reported, the number of deaths due to medical error could rise to almost 500,000.

While human life is the biggest loss in such instances, other impressive costs are associated with these cases. Low patient and healthcare provider morale, time lost in litigation and courts, money spent by patients, insurers and physicians, as well as the victims’ families.

All these unfortunate events could possibly be fixed by a deeper analysis of all malpractice data gathered over the years from medical systems and law firms around the world. This is where big data is due to bring its biggest contribution to a safer healthcare ecosystem. All the data gathered if used to improve the medical act, might tip the scale toward a more comprehensive and safe approach to the healthcare system, as the authors Pegalis and Bal assert in the article Closed Medical Negligence Claims Can Drive Patient Safety and Reduce Litigation. By analyzing the malpractice data that both hospitals and medical malpractice lawyers have, medical institutions might be able to design and implement new sets of procedures and strategies that might decrease the risk of error, death and litigation in the system.

For instance, the American Journal of Obstetrics and Gynecology claims that wider adoption of standard procedures and implementations of clear practice guidelines would be the best strategy the medical system could approach. This would decrease the number of unfortunate events in the medical process. This will also eliminate the medical staff’s tendency of over treating the patient in an attempt to deter medical error.

Thanks to similar measures, obstetricians successfully identified cases when the lives of fetuses and mothers were at risk and took appropriate measures. As a result, the number of caesarians also decreased. But this standardization process has to be based on healthcare data analysis, as experts claim.

Another case when closed malpractice case data was used to deter medical error in future medical acts is the one mentioned in a report of the American Society of Anesthesiology’s (ASA). The ASA implemented mandatory guidelines and procedures, based on the data gathered from similar claims. The new procedures successfully saved many lives and reduced medical error cases from 2 for every 10,000 procedures, to 1 for every 200,000 procedures.

Each malpractice case is able to deliver impressive volumes of data that can be successfully used to standardize and implement better procedures and therapies. This offers more medical opportunities to build a cohesive and safer healthcare ecosystem than peer reviews do.

Medical malpractice data can offer perspective on both sides of each malpractice claim through independent witnesses, all the medical data gathered up to the moment of the error, the moment the team realizes the mistake and takes further action.

While peer reviews also offer valuable information, data and insights, sometimes, these might not lead to unbiased results of the analysis. In this case, the authors of the aforementioned study, claim that closed malpractice cases are superior to peer review data.

For an effective healthcare system reform, all parties should be able to deliver all the data and information they have. This means that data from multiple sources has to be gathered, compiled and analyzed. Using all reliable forms of information, coming from all interested parties, like physicians, insurers, law practitioners, health IT specialists, lawmakers and patients, will undoubtedly contribute to perfecting the healthcare system and lower the occurrence of medical negligence. Using all available sources is vital for an unbiased and objective perspective, which will lead to a better implementation of standard procedures and protocols for various emergency situations.

Eliminating error from the healthcare system is the only way to assure higher safety standard for all patients, regardless of their conditions, without artificially inflating their medical fees. 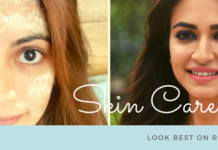 How to Choose the Best Protein Powder?