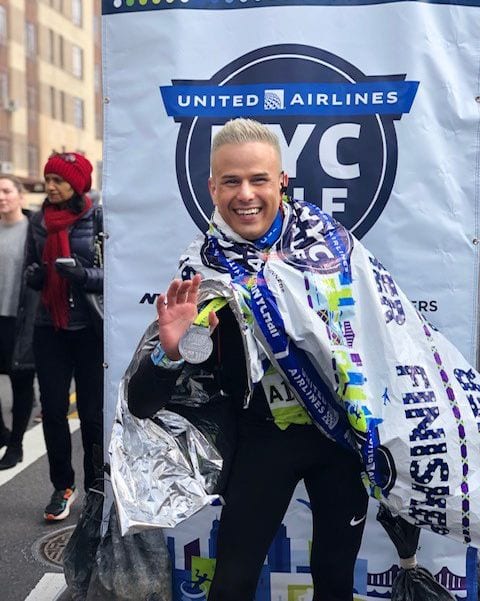 Braulio Vazquez lived in one of the most happening cities of the world – New York, still, he had no friends and no life outside. He knew no one in this wide world after his office. He had no place to go and no one to meet. His only savior was his partner who was also closely monitoring him. As a result, he stopped going out and started ordering food every day for dinner.

Once Braulio bought a running shoe because he loved running, but his partner fought with him and accused him of infidelity. This was the time he thought, he needed to break up. And he broke up with his controlling and dominating partner over lunch. He recalls saying

“As soon as he sat down, I told him I couldn’t do this anymore and that nothing would change my mind,”

After his break up, he was free but he still had no one to talk to in this unfamiliar city. Suicidal thoughts started crossing his mind and that’s when he called up National Suicide hotline. Operators kept on following up with him almost every day. Some days later his employer asked him to visit a therapist. He visited the therapist and he gradually was asked that why has he left things, he loved doing. Like why has he left running or cooking himself? Gradually he started running along the Hudson River. He used to wake up at 5:30 A.M. three times a week. One fine day he was crossing through a running group and he started chatting with them and they quickly became his friends. He loved cooking and he gradually stopped eating outside and started cooking himself. This helped him shed some more weight. Gradually, the flab started coming off and he lost 75 pounds. His friends started appreciating him and he even got a promotion at his workplace. He is now prepping for the Popular Brooklyn Half marathon. He wanted this to be his first race but he has already participated in three and he has signed a total of 14 races for this year.

He says “Before, I would rarely post on social media. I wouldn’t let people take pictures of me above the chest. Now when I see pictures of myself or see myself in the mirror I just think, Wow, this is who I am.”

Previous articleWho is the Most Desirable Woman of 2018?
Next articleWHAT : John Abraham Bedridden?