BREAKING : Is Kajol Pregnant at Age of 44?

Nowadays, it is common talks Bollywood is filled with pregnancy rumors right now. And the latest to join the league right now is the wife of this superstar, Ajay Devgan.

Paparazzi clicked Kajol and her daughter Nysa together. The duo was seen spending some quality time and they were enjoying their time and sharing some good laughter.

Everything seemed fine but then fans suddenly saw Kajol’s bump and came to a conclusion that the actress is pregnant. Have a look at how the fans reacted on the same.

Kajol and Ajay are definitely a marriage inspiration. They have been together since last 20 years and they are poles opposite to each other. Even then they decided that they want to marry each other. They are already parents to two adorable kids.

Speaking about the same Ajay shares

“We became friends, and then realised we are seeing each other. One day, we decided to get married. I didn’t want to make a big issue out of my marriage. So, I came out of my bedroom, got married on my terrace, went back to my bedroom.” In another interview, Kajol had shared how Ajay shows love, and had stated, “Wherever I am, he always looks out for me. I never feel like I’m floundering anywhere… I know that he is always behind me, standing there. He backs me 100 percent, and he knows that I’m there, as well.”

Speaking about the secret in their relationship, Ajay shares

“The best part is that we’ve never asked each other to be what we aren’t. If she needs space, she can have it and if I need space, she never grudges that. We can sit together in a room for hours, doing our own thing and we don’t feel uncomfortable that we’re not talking. You can only get along with people who are unobtrusive yet, at the same time, we’re together. If you don’t have it, then you can’t be together for so long. We have a bond where we can tell each other whatever we want. Even at home, we are a chilled-out couple.”

Kajol also shared how her family reacted to her marrying Ajay

“Nobody wanted Ajay and I to get married. My family was very confused. My father didn’t talk to me for a week when I told him I wanted to get married.” The 44-year-old starlet had further said, “Ajay and I were very different people which is why a lot of people had reservations. They doubted how we would be as a couple because we were not very social back then either.”

But she further adds

“We have survived because both of us have worked through it together. We have two kids. It’s almost like we have become one person who have these two children as their arms.” 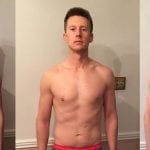