Haven’t Tried Yoga Yet? Here’s Why Now is the Best Time to Try This Amazing Exercise

Bollywood has a record of producing some of the finest Actors of all time. These actors have earned fame not just in India but all over the world because Indian film industry has expanded globally.

Let’s be honest, the Indian fans of these actors worship them as Gods. Yes, that high is the reputation of these handsome hunks. But the journey to the success isn’t a bed of flowers as it seems.

Working in film industry isn’t an easy task because of its demanding nature. It takes a lot of hard work, dedication and sacrifice to get the title of “Bollywood actor”.

These actors spend several months time doing hard work in order to give their best on screen. Yes, their acting skills are worth-praising but we also can’t take our eyes off of those chiseled and sexy body!

Have you ever given a thought, how these artists balance good health and hectic schedules? It does seem like a difficult task for people like us. Then how do these guys do this so easily?

Some of you would say that they have a dedicated health team for it but then you are ignoring the fact that if the person won’t get ready to follow a healthy lifestyle then even hundred of skilled and experienced dieticians and fitness trainers can’t give you a perfect figure or chiseled physique. 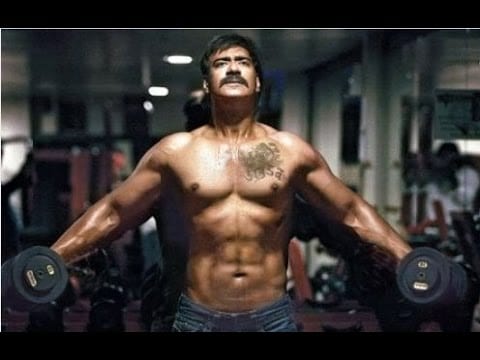 Now must you be curious about knowing bollywood actors workout routine and special diet right which makes them the way they are.

Here is the list of the diet and workout schedule of the top ten Bollywood actors.

This Bollywood hunk entered in the industry with his simple next door boy look in the year 2010. But in a very short period he has given a number of blockbusters and won hearts of millions through his impressive acting skills, handsome looks and toned body. So let’s take a peek at his workout routine and diet plan.

Sahid Kapoor or the chocolate boy of Bollywood has a huge fan following and rules the hearts of million girls. His acting talent along with his perfectly chiseled body and six packs has gained him a reputation of fitness freak actor in India.

Let’s have a look at the diet and workout secrets of Shahid Kapoor.

Akshay Kumar is well-reputed for his killer looks and impeccable physique. He is one of the most versatile actors of Bollywood. He has portrayed variety of roles whether its action, romantic or comic one. This macho man has impressed his fans with his each and every performance.

Salman Khan is one of the three main super khans in Bollywood. He has inspired many with his fit body. He also goes by the nickname “Shirtless Wonder” of Bollywood. With his splendid acting and mind boggling dialogue delivery he has given many blockbusters to the industry.

Let us find out more about the fitness secret of this famous Indian actor.

Shahrukh Khan aka SRK is one of the most popular Bollywood actor. He is known as the “Badshah of Bollywood” or “King khan of Bollywood”. He has won millions of hearts in India and abroad with his top class acting and charming personality.

Arjun Kapoor is the new heartthrob of Bollywood with his sweet boy look and sculpted body. He made his awesome entry into Bollywood with movie Ishaqzaade (2012). His latest movie Ki and Ka has increased his female fan following. In the film he has maintain his good looks while managing all duties of a house.

Farhan Akhtar is multi talented because he is a film director, screenwriter, producer, actor, singer, lyricist and television host. He has earned fame for his role in the movies Rock on, Zindegi na milegi dobara and biopic of the flying sikh Bhag milkha bhag. He has worked hard on his thin and lean body to make it an athletic one in the movie Bhag milkha bhag in which he has surprised everyone with his six pack abs and well toned body.

Ripped body, killer look, model-turned actor!! Yes he is none other than the new face of Bollywood, Siddharth Malhotra. He entered into Bollywood with his debut movie Student of the Year and ruled millions of hearts since then.

Although he has a sculpted body, but he doesn’t shows off with shirtless pictures. He believes in getting appreciated by the people not for his body but for his acting skills. But we do love his amazing body!! Aren’t we??

He entered Bollywood equipped with kick-ass physique and chocolaty looks in the movie Student of the Year. Through his debut movie itself, he had succeeded in captivating countless number of girls.

He is known for his passion for workouts. He believes that owning a ripped body doesn’t make a person macho; you also have to be flexible and have a great immune system to achieve complete fitness.

Ajay Devgan is one of the popular actors in Bollywood. He is known for his intense eyes and reticence. He has won several awards for his acting and he has also directed and produced number of movies.

Ajay Devgan made his entry in Bollywood in 1991 with the movie Phool Aur Kaante which is still remembered for his introductory scene.

Therefore, if you also dream of owning a fine Greek god body then eat healthy and workout regularly (at home or gym) because there is no success without any hard work. So make up your mind for fitness and follow a healthy workout plan!!

Previous articleTwo Weeks Vegan Meal Plan
Next articleVegetarian Diet: How to Get the Nutrients You Need