The Best Areas to Target with Coolsculpting

This is a guest post, courtesy of Dr. Craig Crippen from DermMedica.

CoolSculpting is an increasingly popular treatment to eliminate body fat for people who can’t get rid of it no matter what diet or exercise routine they follow. It involves using controlled cooling of targeted areas of your body to cause fat cells to crystallize and die off so your body processes the dead cells naturally without replacing them.

It eliminates body fat long-term to permanently but works better on body fat around the surface of your skin rather than deeper fat cells. As a result, if you want to get the most out of Coolsculpting, you should have the treatment done on certain areas of your body.

Your torso area is one of the more difficult places to lose excess fat cells. This is because even if you eliminate the deeper fat cells with diet and exercise, the surface fat cells can stick around. This is usually more of a problem for people who do not process insulin effectively, or because of certain hormonal imbalances.

For such people, it is common to have surface fat build up around their stomach, waist, and hips until they have larger “love handles”.

In addition, these areas are also where the body most commonly stores fat, so it can be an uphill battle with just diet and exercise.

If you want to be able to tell if the fat in these areas is more on the surface or if it’s deeper, look for areas that appear saggier and pinch the areas with your fingers.

If you can pinch it between your fingers, that’s the surface fat and it is easier to eliminate with CoolSculpting treatments.

You can cross-check CoolSculpting costs from various sites. This is part of the reason why the torso is among the most commonly desired areas for treatment by patients, and luckily for them it’s also usually more effective.

Your thighs and buttocks are a bit more difficult, depending on the specific area. There is usually more deep fat tissue in general, so CoolSculpting treatment works best on the parts that have more surface fat.

For your thighs, the inner and outer parts tend to have more surface fat, while the front and back are where there tends to be more muscle and deep fat tissue.

For your buttocks, the lower part underneath the fleshy areas is where the surface fat tends to be. These areas tend to be more problematic for women due to the way their bodies burn fat naturally.

Again, you can use the pinch test for those areas to see if they’re more likely to be better for CoolSculpting.

Treatments can eliminate these areas of surface fat in the thigh and buttocks so they look smoother and more sculpted. For your thighs, it can help create more of a thigh gap — for your buttocks, it can make them look less saggy and more smooth and round.

Problems with excess surface fat under and around your chin and neck are usually a result of genetic predisposition.

Unfortunately, it’s not an area where you can effectively ‘exercise’ to burn fat. In the past, the only way to get rid of it was through surgery.

It’s easy to tell if this area has excess surface fat, as it is more obviously sagging and loose than any other area of your body.

Fortunately, it is one of the better areas of your body for CoolSculpting — there is even a specific application device designed for the chin and neck areas.

The device is able to operate on precisely targeted areas in a very safe manner.

The technology is so effective that some people can achieve their desired results in a single one-hour treatment, and most people will only need two treatments at most.

Even for people who had well-developed muscles in their youth, excess and saggy-looking surface fat in the upper arms is a common problem for people as they get older.

Like the chin area, it can be very difficult for people to eliminate fat in the upper arms just through diet and exercise, and until CoolSculpting was developed only expensive surgery was able to help.

You can do the pinch test to make sure there is some fat on the surface, as CoolSculpting cannot help just with sagging skin. What it can help with is toning and smoothing the shape of the undersides of your upper arms.

For many men who have gynecomastia — or, excess fat in their breasts — CoolSculpting can be an effective treatment to at least reduce the size and amount of fat.

RECOMMENDED  5 Easy Ways to Stay Healthy as a Senior

However, it will not help all men with the condition, as there is also a lot of other tissue and deeper fat that CoolSculpting is less effective against.

You can try the pinch-test, or get a consultation with your doctor. If it can help you then you will not have to deal with a more expensive and invasive surgical procedure.

Born and raised in Ottawa Ontario, Dr Crippen has attended three Canadian Universities and obtained four educational titles including his Doctor of Medicine (M.D.). After receiving his M.D. from the University of Western Ontario in 2001, Dr. Crippen then completed his specialty training at the University of Manitoba over the next two years.  He has worked extensively in public and private medicine since 2003, but in response to rising demand, Dr Crippen has devoted his practice exclusively to both medical & cosmetic skin care procedures/treatments at his clinic.

A Fellow of the American Society of Laser Medicine and Surgery, and a diplomate of the American Board of Laser Surgery in Cosmetic Procedures, Dr. Crippen has trained with physicians who are at the forefront of laser & aesthetic medicine. He has made many educational visits to medical laser clinics throughout North America and Europe. 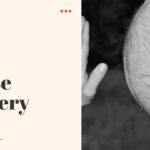 A Comprehensive Guide to Pediatric Dentists! 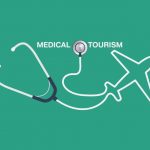 3 medical tourism destinations you may not know about 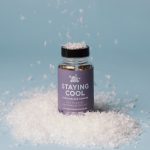 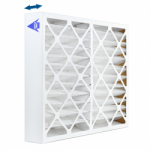 How Air Filters Can Keep You Healthy

How Air Filters Can Keep You Healthy