Bernie McGee, who was a star of Seeking Sister Wife series died at a very young age of 41.

One of the statement said

“Our hearts go out to the McGee family following the loss of husband and father Bernie McGee, Our thoughts are with them during this difficult time.”

He is survived by his wife Paige McGee and their four children. As per the Gofundme page, Bernie got ill and also had some accident while he was driving a bike and then he passed away due to some heat stroke or heart attack.

As per the fundraiser

“Bernie and Paige McGee loved each other and their children unconditionally. Always helping others even though they were fighting their own battles. After losing everything to a house fire they were just beginning to get everything back together again. Unfortunately, they faced the worst sudden devastation that shocked many.”

“Thank you for your thoughts and prayers. Bernie was out riding his bicycle and called me, saying he wasn’t feeling well and to come to pick him up. By the time I got there, EMTs were working on him, but I could already tell. The coroner said he had a heat stroke/heart attack. Please bare with me. I will respond as I can.” 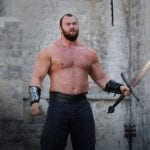 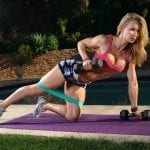