The Benefits of Caffeine Before Workout

The Benefits of Caffeine before Workouts Introduction

It’s a common practice for people to kick their day off with a cup of coffee. What most people don’t know is that taking caffeine before beginning any workout has its benefits.

A study has shown that taking caffeine prior to your workout works to your advantage in terms of weight loss. Studies have also shown trained and professional athletes burned 15% more calories in three hours compared to the other athletes who didn’t take coffee. Coffee also enhances functional benefits during your workout.

Below are the benefits that one gets from consuming caffeine before one begins their exercises.

The Benefits of Caffeine before Workouts:

For anybody looking to find out the workout benefits that come with consuming caffeine before beginning, click here.

Japanese researchers who study how caffeine influences circulation in a user’s body, found that they underwent a 30% boost in blood flow in the capillaries. This was conducted by using decaffeinated coffee and regular coffee.

Those that took regular coffee had improved blood flow by 30% more than those who took decaffeinated coffee. This is a clear indication that caffeine boosts the circulation of blood in your body which then guarantees you better exercise because muscles require enough oxygen.

This was discovered from research by the University of Illinois. They realized that when one took caffeine around one hour before they started working out, then they experienced less muscle pain during their exercise.

This was also concluded by research by the University of Georgia which found out that taking coffee before working out resulted in less post-workout muscle pain by a forty-eight percent margin. This means that taking caffeine enables the athlete to push longer in their workout thus having improved workout results.

Taking caffeine, triggers a brain mechanism releasing a growth factor known as Brain-derived Neurotrophic Factor (BDNF). This, in turn, supports the neuromotor found in muscles. If the neuromotor begins to fail, muscle atrophy occurs. Therefore, taking caffeine before your workout guarantees that your muscle will be in the best condition thus improving the quality and effectiveness of your workout.

A study at Coventry University helped me realize that taking coffee prevents muscle strength loss which mainly occurs when one is growing older. These improved results were observed in the diaphragm, skeletal muscles, and primary muscles.

Based on research published by John Hopkins University, one’s memory improves after the consumption of caffeine. This is because the BDNF discussed previously also activates brain cells which are then converted to new neurons in the user’s brain. This has the overall reaction of improved memory on them. This is an effect that lasts even after one is done with their workout.

According to a study in the Journal of Applied Physiology, taking caffeine has an added positive effect where the user can endure more workouts without being exhausted. It was concluded that caffeine can result in increased muscle glycogen by 66% which has an added advantage when one is working out.

This is because glycogen which is the form in which carbohydrates are stored in the muscle is essential in workouts as it gives one the energy for moves that require a lot of strength. It’s therefore beneficial to consume caffeine before beginning your workout.

Judging from the benefits named above that come with taking caffeine before beginning your workout, it’s safe to conclude that caffeine is an essential input in one’s body.

It has promising results during your workout session and even hours after the workout. It’s, therefore, a good idea to begin your exercise by taking at least 12 ounces of caffeinated coffee for improved and desirable results in your workout. 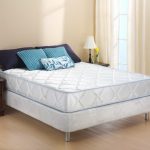 Best Types of Mattresses for Back Pain 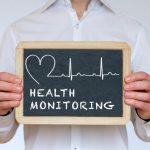 Smart Home Systems and Health: How Technologies Can Help Both Elderly and Young

Smart Home Systems and Health: How Technologies Can Help Both Elderly and Young

Best Types of Mattresses for Back Pain