If you are a follower of IPL Matches then you certainly know who Anant Ambani is. Recognize him as the fat guy who used to sit in the VIP Gallery? That’s him.

And you would be surprised to know that he is the heir to the Ambani Empire and the prince of Mukesh Ambani.

With a weight of 178 Kgs, life was tough for Anant. But now times have changed and the boy is back with a dashing figure after losing over 100 Kgs. 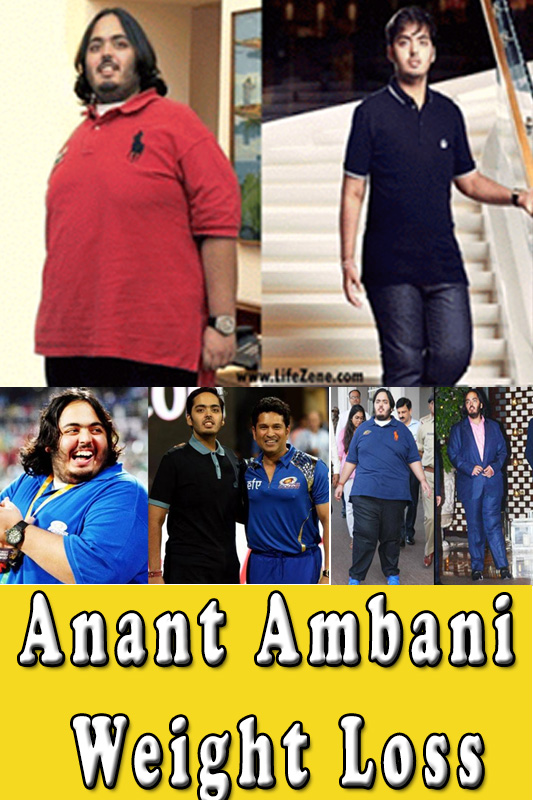 How Did He Gain the Weight?

A child with severe Asthma problems would know the pain and Anant was one. Starting his childhood with strong doses of medicines, his child years saw his weight increase for the first time.

A man under his 20s looks like a 35-year old, that’s quite shocking, isn’t it? This is when the boy decided that enough was enough! After a careful consultation with the doctors, he lost a lot of weight and that too naturally. How do you ask? Well, we’ll get into that in a while.

A Miracle In The Being: The Weight Loss Of Anant Ambani

Yes, it is no less than a miracle people. The business king’s son has managed to lose a striking 108 kilos. That too without any involvement in surgery and other complications.

Fascinated, are you? With the pace of 6 Kgs per month, he lost his weight. However, the metabolism wasn’t affected as the weight loss was pretty much natural.

You need to pay attention to the fact that the people who have a lot of weight tend to lose it at a quicker pace. However, that happens only in the initial stage.

Now we know what you are thinking about? Is it about the secret of the Anant Ambani transformation? Well, you are certainly not alone to think that. And we are here to provide you the exact detail of the workout routine and diet plan that has been suggested by the Anant Ambani dietician.

While most people think that a gastric bypass surgery was the trick the made Anant Ambani lose weight, the reports state otherwise. It says that he went for the natural methods of losing weight? We are here to share some of them with you.

Walking: For an obese person, the most beneficial workout would be walking. Running can be an option. But then, running can cause some serious strain to the knees as most of the weight resides there. So, the better option would be to enjoy a good walk. A least, try it out during the initial stage of weight loss.

Yoga: We all know the power of yoga and the benefits that come with it. Not only does it improve the health, but it is a great option for losing weight. At least, that’s what Anant Ambani did. There are several yoga poses that help to lose weight.

Cardio Exercises: These exercises are the ultimate weight loss solution for obese people. You lose weight a lot faster than the other methods. For someone who wants quick results, this is the way to go. The High-intensity exercises and workouts are the ones that help the most. Burn off some extra calories with the cardio workouts. And not just that. It doesn’t stop burning the fat once you stop.

Strength or Weight Training: After the initial stage is passed, it is time for the strength or weight training exercises. Increasing your muscle power and losing your weight becomes really easy with these exercises. Even when you rest, your body will be burning calories.

A healthy diet is as important as a workout session for people who want to lose weight. That’s what the experts claim. 25% exercise and 75% diet makes a man lose weight. This proves the importance of a good diet. So why not take a look at Anant Ambani’s diet plan?

He followed a zero sugar and no carb diet apart from the additional nutrients and protein options.

The diet with low-carb is certainly a blessing to the people with obesity as it is mostly natural. Eating foods that have a low amount of carbohydrates help build in the nutrition. Include one in your diet if you want to lose weight like Anant Ambani.

It is the extreme determination and the willpower of Anant Ambani that made him lose that much weight. You can do it too if you have the need for it. Just follow the diet and routine and you are all set.