Does Animal Farming is a Reason of Amazon Forest Fire? 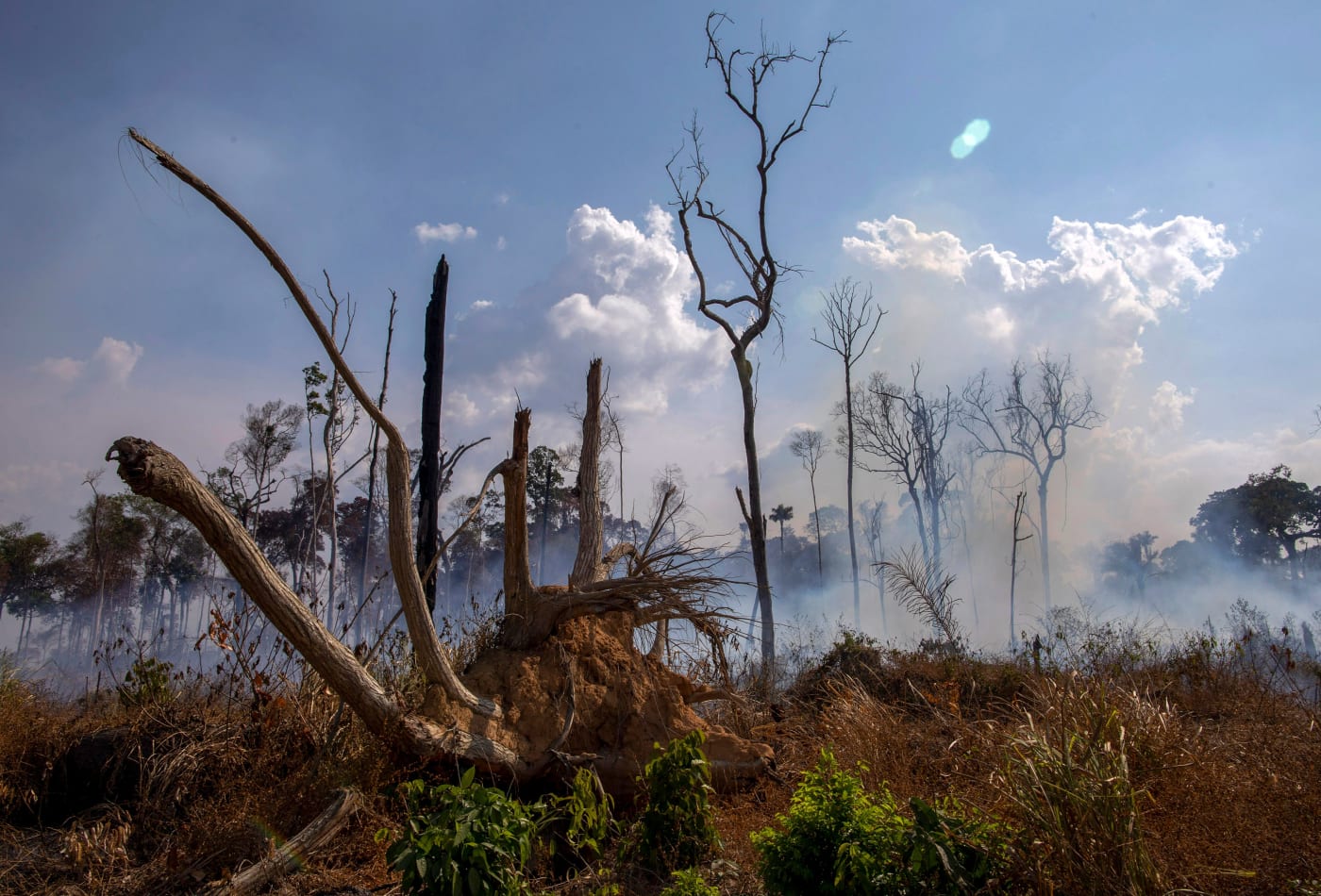 You might be living under the roof if you don’t know by now that the Amazon rainforest is constantly burning. World’s largest rainforest which is also known to be the “Lungs” of the earth are burning and it is humans who are to be blamed.it has been reported by the scientists that since 2013 when the watch is being kept at the amazon rainforests, 2019 has witnessed fires at an unprecedented rate. Approximately 10,000 new fires have been witnessed since last month.

A senior scientist at Brazil’s National Institute for Space Research Alberto Setzer has said that 99% of amazon fires are because of human interference “either on purpose or by accident”.

Amazon is the largest rainforest of the world and it plays a crucial role in keeping the carbon dioxide levels in check. Plants and trees at amazon rainforest are known to absorb carbon dioxide and release oxygen back into the atmosphere. The forest is known to produce 20% of the earth’s requirement of oxygen. And now when trees are burning at this rainforest then the carbon dioxide in huge volume is released back into the atmosphere which is believed to create major climatic changes. Just some days back Sao Paulo completely turned back during the afternoon. And meteorologists went on record and said that is because of the smoke of fires burning thousands of kilometers away at Mato Grosso and Para. Well, the future looks disastrous.

Scientists have reported that this year till date there have been more than 74,000 fires in the rainforest. This is close to double when compared to fires around the same time in the year 2018. You will directly see that there is almost 93% increase in amazon fires when compared to the last year. More than 9500 of these fires started around 15th August. The fires are even visible on the satellites too. Over 1,36,000 fire alerts have been issued to Brazil this year by the satellites. And you will be amazed to know that more than 1,09,000 of such alerts have been issued between August 13 – August 20.

These rainforests are quite rich and diverse so whenever a fire occurs, it is automatically put out by the rains. And never the fires have been this massive. Many species be it aquatic or on the ground are facing the danger of being extinct. Also, the major concern is that these burns can also affect the natural ecosystem. The dense trees at amazon rainforest create shade and do not allow the sunlight to enter and reach the ground. Now, the fire opens up space and brings the sunlight in and as a result, the entire process flow is completely altered.

So, what are the major reasons which led to such a devastating situation for the world? Many people believe that the lack of proper policies and political maturity has led to such a disaster.

Mikaela Weisse who is known to track the deforestation and fires on behalf of World Resource institute and he mentioned that these fires are because of the humans.

When Brazilian President Jair Bolsonaro was also asked to comment about the fires in Brazil then he clearly said that they are part of a seasonal cycle which is also known as queimada. It means that this is that time of the year when farmers purposefully clear their land by the use of fires.

Even some of the meteorologists have also commented that the dry and humid weather is responsible for the fires to spread in this way.

Another major culprit in these amazon fires is the deforestation. The month of July reported most deforestation ever. The Guardian went on to report that amazon shrunk by 519 square miles. Data from Brazilian Satellites have also confirmed that in July just one month before this massive fire broke out one tree was being cut every minute.

And don’t you want to know the reason behind this massive deforestation? Well, it is believed that cattle ranchers are starting this fire so that they could make more space more the animals. And this deforestation is being done illegally. Many feel that the Brazilian President is encouraging farmers to take up the land there in totally illegal ways.

The World Bank has also stated that cattle ranching has caused 91% deforestation since 1970. In addition to this one of the major crops grown in Amazon rainforest is soya bean which is mostly used for animal feed. Reports have stated that almost 260 million acres of US forests have been cleared so that the animal feed could be raised. Imagine if the entire world goes vegan, then the global farmland use can be reduced by more than 75%. This is more than the total area of Us, European Union, China, and Australia combined.

As per the Rainforest Foundation

The rest of the world is looking in horror towards Brazil because Brazilian beef has been said as the primary reason for this sudden and massive fires. Brazil is known to be the largest exporter of beef, almost 20% of the entire world’s beef production comes from Brazil alone. And as per the United States Department of Agriculture, these figures are expected to rise shortly.

Last year the country had shipped 1.64 million tones of beef which was highest of all times. This, in turn, generated $6.57 billion revenue with an association of more than 30 Brazilian meat producing companies. The growth of the Brazilian beef industry is driven from Asia prominently China and Hong Kong. These two markets accounted for almost 44% of Brazil’s beef exports. And currently, Brazil is entering into a trade agreement with other nations which will give rise to more beef demand in the future.

Beef is known to emit 41% of livestock greenhouse gas emissions and this livestock is part of 14.5% of the total emissions. And the greenhouse gas cattle produce methane which is 25 times more potent than the carbon dioxide.

Now, it is upon the carnivorous to stop eating meat. It seems that our diet is being fuelled there at amazon rainforests.

Previous articleWhy Raw Diets Might be good for Your Dog?
Next article4 Common Dental Health Problems and How to Assess Your Symptoms