Mental health is an often-neglected, vastly misunderstood issue that affects the day-to-day lives of every one of us. Think you are pretty clued in about mental health?

These 9 surprising mental health statistics might show you otherwise:

1: 1 in 4 people will suffer with a mental health problem every single year

There are many mental health issues, and over 16 million people in the UK suffer from one or more at any given time.

2: Only 40% of employers would knowingly hire someone with a mental health condition

Conversely, 62% of employers would knowingly hire someone with a physical disability or health problem.

3: ¾ of young people are afraid to tell their friends about their mental health problems

As this article in the Telegraph suggests, if young people don’t feel able to discuss their mental health problems, they are likely to continue into adulthood.

4: Statistically, depression is a more disabling condition than angina, arthritis, asthma or diabetes

This may sound controversial, but LSE statistics show that depression accounts for a higher percentage of morbidity than the physical maladies mentioned.

5: More than 60% of references to mental illness in TV are pejorative in some way

Phrases like ‘basket case’, ‘crackpot’ and ‘loony tunes’ are frequently used very casually in television programs like soaps and dramas. If similar colloquial names were used for homosexuals or races, there would be a backlash. Mental health needs to be regarded as less of a joke.

6: Nearly ¾ of the prison population suffers from 2+ mental health disorders

Suicide rate in prison is astronomically higher than among the general population. Mental illness is among the incarcerated needs to be addressed to promote rehabilitation of offenders, rather than punishment and destruction of hope.

7: The suicide rate among men is three times that of women

It is widely believed that many men experiencing mental distress feel like failures as men, and struggle to open up about their feelings, which is a growing problem.

Schizophrenia is actually a hugely complicated mental disorder, encompassing a vast range of mental health issues. The multiple personality disorder people think about is one of the many symptoms a schizophrenia patient may exhibit, but isn’t nearly as common as the movies would have you believe!

9: 90% of suicides in the UK are caused by an experience of mental distress

Suicide is always profoundly tragic, and in many cases could be prevented if the right intervention was made at the right time. Anyone who experiences suicidal thoughts, and believes they are isolated and alone, can call the Samaritans or visit their nearest hospital accident and emergency department.

If you want to get involved and make a difference to these statistics, there are many mental health jobs that you could explore. Working in the profession, you could be a driving force in bringing about positive change to the poor state of mental health care in the UK.

Can You Drink Alcohol After Weight Loss Surgery? 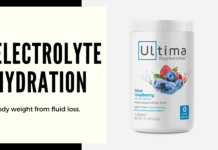 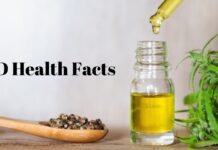