5 Reasons Why Vegan Diet May be a Bad Idea

Why Vegan Diet May be a Bad Idea

Everything is natured is balanced and whenever something goes out of place then it is corrected by Mother Nature. Among many systems of nature is the food chain which contains herbivores, carnivores and omnivores. One look at the food pyramid and you will find yourself on top of it which means omnivores who can consume plants (green leafy vegetables), plant derived food (like fruits, seeds, nuts, flour, oil etc), animals (poultry, fish, goat, sheep, cattle etc.), birds (duck, turkey) and animal derived food (eggs, milk, dairy products like cheese, yogurt, cream etc). But there are many people who believes that animals should not be seen as commodity or edible items and the followers of this disciple is known as “vegans”. The reason on which this disciple is based on is a very noble idea but even the perfect entity has some flaws. Here is the list of five reasons which states why vegan diet MAY be a bad idea, it doesn’t mean that this diet is completely bad. Everybody has different opinions but we should respect each and every thought.

Reason #1: It is very strict practice

Vegan diet is the strictest form of vegetarian diet and avoid not just animal flesh but animal derived products like milk, egg, honey and dairy products whose consumption by humans don’t effect animals. There are countries and religions which support vegetarianism but milk and honey is allowed in them. One such country is India where vegetarianism is very popular and you must have heard of famous Indian non – violence activist Mahatma Gandhi who was vegetarian but he used to have milk and honey. The animal products like milk and honey which have been used by ages should not be banned in my opinion which happens in veganism.

Reason #2: absence of some important nutrients

Some vital nutrients like vitamin A, B12, D and K2, essential amino acids, creatine, carnosine, DHA and fats like cholesterol is present in low amount or absent in vegan diet. Let’s see how these nutrients can affect your health and what vegan perspective on that is.

Vitamin A – carrot has been labeled as the rich source of vitamin A which should be corrected. Carrot is rich in carotene which converts into vitamin A and you will need huge amount of carotene to get moderate amount of vitamin A. but animal sources like liver and pastured egg yolk are rich sources of Vitamin A (not carotene) means the vitamin is found in its natural form in animal products. Vitamin A is required for growth and development of body, maintenance of immune system and most important function is maintaining a good vision. Its deficiency can cause night blindness.

Vitamin B12 – this nutrient is involved in functioning of every cell in the body but especially in blood formation and normal functioning of brain. It is a water soluble vitamin and thus readily takes up by the body. Animals obtain this nutrient directly or indirectly from bacteria which inhibits the section of gut where B12 is absorbed. Therefore this vitamin is found in animal meat (especially liver) and animal derived food items such as fish and shellfish, poultry, eggs, milk, and milk products. It is also found in Japanese fermented black tea (Batabata – cha) and purple laver seaweed (Susabi-nori). Vegans generally take vitamin B12 supplements to meet the nutrient requirement.

Vitamin D – the rich sources of vitamin D especially vitamin D3 which can be easily absorbed into the body is pastured egg yolks, cod liver oil and dairy products from herbivore (grass eating) animals. It is found that ancient cultures (such as Scandinavians) which live in dark environment heavily relied on vitamin D rich food like salmon and grass-fed butter. Vegans uses mushroom for Vitamin D but this food has the other variant means vitamin D2 which is poorly absorbed by the body. Dermal synthesis of vitamin D by skin requires cholesterol and the process is dependent of sun exposure. It is important to note that vegan diet doesn’t contain cholesterol because it is found in animal products. Vitamin D has a significant role in calcium homeostasis and metabolism in the body and its deficiency can cause bone deformation or Rickets.

Vitamin K2 – this vitamin is not so popular like its other family members but it is equally important. This vitamin acts a carrier which transports calcium to your bones. If your body doesn’t have adequate amount of this vitamin then you are at risk of plaque formation because the calcium will not get transported to bones and thus get deposited into the arteries. The natural source of this nutrient is bacterial fermented foods such as mature cheeses and curd, eggs, meats such as chicken, beef and their fat, livers, and organs. The only rich non animal source of vitamin K2 is tradition Japanese dish known as natto which is made of fermented soybeans. Most people avoid this dish because of its intense small and strong taste. The limited sources of this vitamin make a vegan go for supplements.

Creatine – it is important in normal functioning of muscles and brain as it forms an energy reservoir in the cells. You have to eat 500 grams of raw meat or fish daily to meet the recommended requirement of creatine. Vegans generally lack this nutrient in their food and thus depend on supplements.

Carnosine – it is found in high concentration in muscle and brain tissue. It has antioxidant properties such as scavenging reactive oxygen species and alpha-beta unsaturated aldehyde produced from peroxidation of cell membrane. Its name is derived from carn means flesh which shows its prevalence in animal protein and it is also found in animal meat and meat derived products.

Docosahexaenoic Acid (DHA) – it is an active form of omega – 3 fatty acid and mostly found in animal based food. The plant form of omega – 3 ALA is poorly absorbed by the body and therefore vegans must take supplements for meet the daily requirements of this nutrient.

Saturated fats and cholesterol – these two nutrients are painted black by many people as “bad fat”. It is true that saturated fats and cholesterol can cause heart diseases but ONLY WHEN it is consumed in excessive amount. These are equally important as good fat (non – saturated and Trans fats) and are constituent of cell membrane. Cholesterol is also used to make steroid hormone testosterone and intake of saturated fat can increase its level. These fats are also important for the absorption of fat soluble vitamins.

Reason #3: Too much of supplements

Vegans are mostly dependent on supplements in order to get the daily adequate amount of several nutrients like vitamins (A, B12, D, K2), minerals, essential amino acids etc. in form of tablets, capsules, powders, drinks and energy bars but you should know that it also contains added ingredients like fillers, binders and flavorings to give color, texture and taste to the supplements. These added ingredients are generally chemical based and some of them are found to have carcinogenic properties. Regular use of several supplements can cause unexpected side effects or illnesses like nausea, diarrhea, stomach cramps, hair loss or fatigue. Therefore, whether you are a vegan or not, you should always take these supplements ONLY after consulting your doctor. It should be noted that supplements might provide you adequate amount of nutrition but it can never take place of food which are important for a healthy and balanced diet.

Reason #4: extensive use of soybean and soy products

“Soy milk, soy cheese, soy bacon, soy protein, soy cereal, tofu and tempeh” What is common in all these food items? Definitely soy, it is considered as a magical non animal source for proteins and calcium which is true because it contains 22 gram protein, 30% fiber, 18% fats, 26% calcium, 25% iron, 51% vitamin C and 6% vitamin A in 180 gram serving size. But do you know that natural soy contains antinutrients such as Saponin, soya toxin, phytates, trypsin inhibitors, goitrogens and phytoestrogens which is removed by the fermentation process but many vegans (especially western population) don’t consume fermented soy and prefer unfermented soy (with harmful antinutrients) such as soymilk, tofu, TVP, and soy infant formula. These antinutrients have adverse health effects such as:

Nature has made us omnivores and there should be an important reason behind it then by denying the animal flesh or animal derived product (which doesn’t harm the animal), do you think you are doing the right thing? It is correct that you will not become nutrient deficient or develop autoimmune disease just after becoming vegan but if you will not get nutritionally BALANCED diet then you might harm your body system.

I am not against veganism but I just want you to accept what Mother Nature has provided us. In my opinion, being vegetarian is far better than being vegan!! Why? Read the whole article and you will know my answer.

Pearl P. is a blogger, and creative writer. She has an interest in writing, social activities, money making and travelling. When she doesn't write, or blogging. She must be reading some stuff. 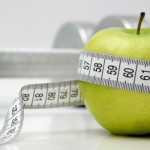 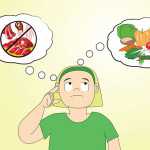