Vegetarian diet has existed from ancient times and also trending in this new age but it has changed a lot in all these decades. This dietary approach has been defined and categorized in groups on the basis of the content. The most restricted form of vegetarian diet is known as vegan diet which restricts every kind of meat and meat based products, poultry, eggs, fish, seafood, milk and dairy products. This is a general perception that vegan diet lack many vital nutrients and therefore, it is dangerous to health. Yeah, for those people who are looking for disadvantages of vegan diet, and keep a negative perception of veganism then this post is relatively right for you, as we have given problems with being vegan and risks of being vegan hence benefits of vegan diet can’t be hide, still it is worth to read pros and cons of vegan diet.

Here is a list of associated vegan diet dangers.

Explanation – vegan diet has become popular all over the world in recent years and much meat eating population has become vegan after understanding the ideology of being vegan which is saving animal rights and stop treating animals as commodities. Many vegan opponents think that it can develop an unhealthy culture because vegan diet is not complete nutritionally and can pose risk of deficiency diseases. But in reality, veganism doesn’t create eating disorders.

Explanation – the genetic configuration of human body make it tolerant or intolerant to some kinds of food. it is true that vegans don’t eat animal based diet but it doesn’t mean that they will become intolerant to animal foods (if they ever consume) and therefore have allergic reaction such as inflammation, acne, weight gain etc. in fact, vegan is the solution for some intolerance such as lactose intolerance means those who cannot digest dairy or dairy products can consume the vegan substitute like non dairy products.

Explanation – dietary limitations are not just limited to veganism. It has been there since ages and from various reasons such as religion (some religion ban beef or pork), digestion problems like celiac disease, lactose intolerance, anatomy (we can’t use our canine as lion do), personal preference (many people don’t like to eat insect, cats, dogs, grass or leaves).  Veganism is an ideology not a diet where animals’ rights are respected and therefore their meat and derived products are not consumed.

Explanation – Although, Protein is a crucial nutrient for body but a balanced diet should not be defined only on the percentage of this macronutrient. Vegan diet contains different kinds of proteins but still there are chances that you are going to skip some amino acids as it doesn’t offer all the proteins in one food items like animal based food. Some glycoprotein and lipoproteins also lacks in the vegan diet which are essential for the major body functions like nervous system and cellular system.

Explanation – it is presumed that low protein diets can increase toxicity because liver requires proteins for detoxification but vegan diet provides enough proteins and essential amino acids from different plant sources therefore there is no reason to panic. But if you keep on taking a particular vegan diet which consists essential amino acids and proteins in low amount then it can cause problem in the biological functions.

Explanation – it is said that protein stimulates the production of HCL and other enzymes (made of protein) in the stomach which is very true. The digestive enzymes occur in the stomach in their precursor form and HCL activates these enzymes.

Lack of important proteins in the vegan diet can cause digestion related problems. Faulty digestion means less absorption and assimilation of nutrition in the body. Therefore, one should consult professional dietician before taking up vegan diet especially persons with special needs like pregnant women, nourishing mothers, recovering patients and old people.

Explanation – There are many cases of vegan diet which complain of being low in energy, fatigue, lack of libido etc. after following a correct vegan diet. It should be noted that every human being is different and therefore what is enough for one person can be insufficient for the next person in the context of nutrition. Therefore, if something is not working for you then you should modify your diet  (get complete nutrition with vegan diet ) with the help of an experienced professional which can pinpoint your dietary mistakes and any other physiological reasons.

Explanation – Vegan diet is thought to affect your health negatively but the symptoms takes years to become noticeable. If you are not taking adequate nutrition then it is bound to happen but this condition is not unique to veganism. It can happen with any kind of diet means it takes several years to develop heart disease or cancer even if you are eating a meat based diet. The thing matters for a healthy life is good lifestyle and appropriate nutrition.

Explanation – Soybean and soy products are rich source of proteins, calcium and fibre and it is used to make various meat substitutes such as Edamame, tofu, tempeh, protein powder and soy milk. This is used as a staple in vegan diet but consumption of high amount of soy products can cause health complication such as indigestion. Therefore, you should consult a doctor or dietician who can guide you about a nutritionally balanced vegan diet.

Danger #10 – too much nut consumption

Explanation – Vegan diet generally includes seeds and nuts which are not difficult to digest and they are loaded with vitamins, minerals and unsaturated healthy fats. Questions are being raised on the presence of phytic acid in the nuts which is not dangerous but can be harmful in high amount but its percentage in the seeds, nuts, legumes, lentils and beans can be reduced significantly by soaking, sprouting, boiling and cooking. 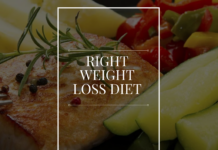