Medical technology is growing at an astoundingly rapid pace, with the global market today being estimated at aroundhalf a trillion US dollars.Many of these advancements are set to have a transformative effect on healthcare, enabling people to live longer and experience a better quality of life.

Here are just a few of the exciting advancements being made in the world of healthcare:

With a greater percentage of the population than ever living to old age, hearing loss is becoming an increasingly common problem. In fact, around half of all US adults over 70 are thought to suffer from difficulty hearing. Hearing aids have been used as a solution for hearing loss for several decades now, but up until recently, they have typically been clunky, unreliable, and had serious issues with sound quality.

Fortunately, the technology behind hearing aids has improved massively in the past decade. As a result, thebest hearing aidstoday have much-improved sound quality, are much smaller, and are much more versatile, producing dependable amplification even in noisy environments.

3D printers have become a valuable commodity in several industries today, enabling manufacturers to create products with much more precision and consistency than was previously possible. Naturally, they, therefore, have several exciting applicationsin the field of medical technology.

One way they are being utilized is in the development of prosthetics, as the advent of 3D-printing technology enables limbs to be customized exactly to the patient’s specifications, as well as for them to be developed at a much more affordable cost. This is far from the only application, however, as 3D printers are now being used by the healthcare industry in many ways, from the manufacturing of precision surgical tools to the production of new drugs.

One of the biggest advancements in healthcare in the last several years is the development of a more personalized approach to medicine. The increased access to patient data and software which can analyze said data mean that medical professionals have begun to tailor their treatment plans based on what is best for the specific patient. This shift to a more personalized approach to healthcare is observable in several areas, such as in the rise of personalized vitamins, and in some physicians now considering patients’ DNA when prescribing medication.

The digital revolution has led to many industries developing online platforms to deliver their products and services, and healthcare is no different in this respect. Virtual healthcare platforms enable individuals to access a wide array of healthcare services from the comfort of their own homes. Digital pharmacies, virtual physician consultations, and online counseling are just a few of the services now readily available via the internet. The advent of virtual healthcare platforms has been a great way to increase accessibility to healthcare services for those in remote locations or who suffer from mobility issues. In addition, many of the services offered are also much more affordable than their physical alternatives.

The development of virtual reality (VR) technology, which refers to the digital rendering of real-life feeling environments, also has a slew of exciting applications in the world of medical technology. In particular, it has seen widespread adoption for educational purposes, as VR can enable surgeons and other medical professionals to practice riskier procedures in a fully safe way. Some have also theorized that it could have applications in terms of mental health treatment, too, as a way, for example, of helping patients overcome phobias.

As the title suggests, wearable technology refers to accessories and clothing that can gather data and interact with other technological devices. As such, this area of technology is referred to as the Internet-of-Things, in that it involves “things”, such as clothes, being able to connect and communicate with technology such as computers and smartphones. What makes these advancements so exciting from a medical perspective is the potential for wearable sensors to be able to monitor your health. They have thus already been used in a variety of capacities, including to monitor the hearts of people with cardiac problems and to measure the insulin levels of individuals suffering from diabetes.

The progression of our understanding of the human body has meant that breakthroughs are now being made in curing what were once thought of as potentially un-curable diseases. Immunotherapy refers to the scientific manipulation of the body’s immune system to elicit desired responses. While this new form of treatment is still at very nascent stages, early results appear to be highly promising. In particular, some forms of immunotherapy appear to be highly effective at fighting certain types of cancer.

Artificial intelligence (AI) refers to a form of technology where computers can make decisions and determine things based on the data it receives. So, it might not come as a surprise that this technology has big effects on the healthcare industry.

In particular, the potential for AI to diagnose diseases is exciting, as several studies already show that AI is better at finding and diagnosing certain diseases than doctors.

However, there are technological solutions that enable better workflow, giving doctors a greater overview and enabling them to establish a diagnosis more quickly. For example, medical imaging software from Novarad provides a scalable and customizable solution for even 500+ bed hospitals.

Robotics have been used for medical purposes in a limited capacity since as early as the 1980s. However, the rapid progression of the technology has meant that the number of their potential uses has soared in the last decade. One notable application is in surgery, where robotic arms can be used in place of humans to carry out procedures with enhanced precision. Elsewhere, hospitals are beginning to adopt the use of sanitization robots to keep hospitals clean and prevent the transmission of diseases due to a lack of cleanliness.

Perhaps the most futuristic of all advancements in medical technology is related to stem cells. Stem cells are naturally found in embryos and have the unique property of changing their cell type based on what the other cells around them are. It is therefore thought that, in the future, it may be possible to use stem cells to regenerate old or damaged parts of the body. 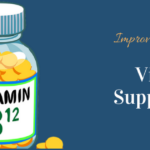 4 Vitamins and Supplements to Improve Your Overall Health 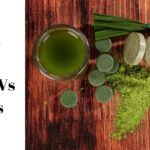 Wheatgrass Powder Vs Tablets: What is Better? 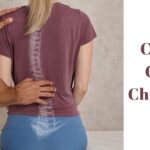 The Complete Guide to Chiropractic Care 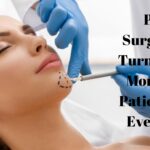 Plastic Surgeons are Turning Away More Young Patients Than Ever Before 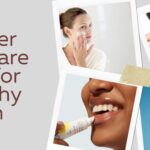 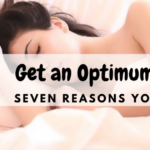